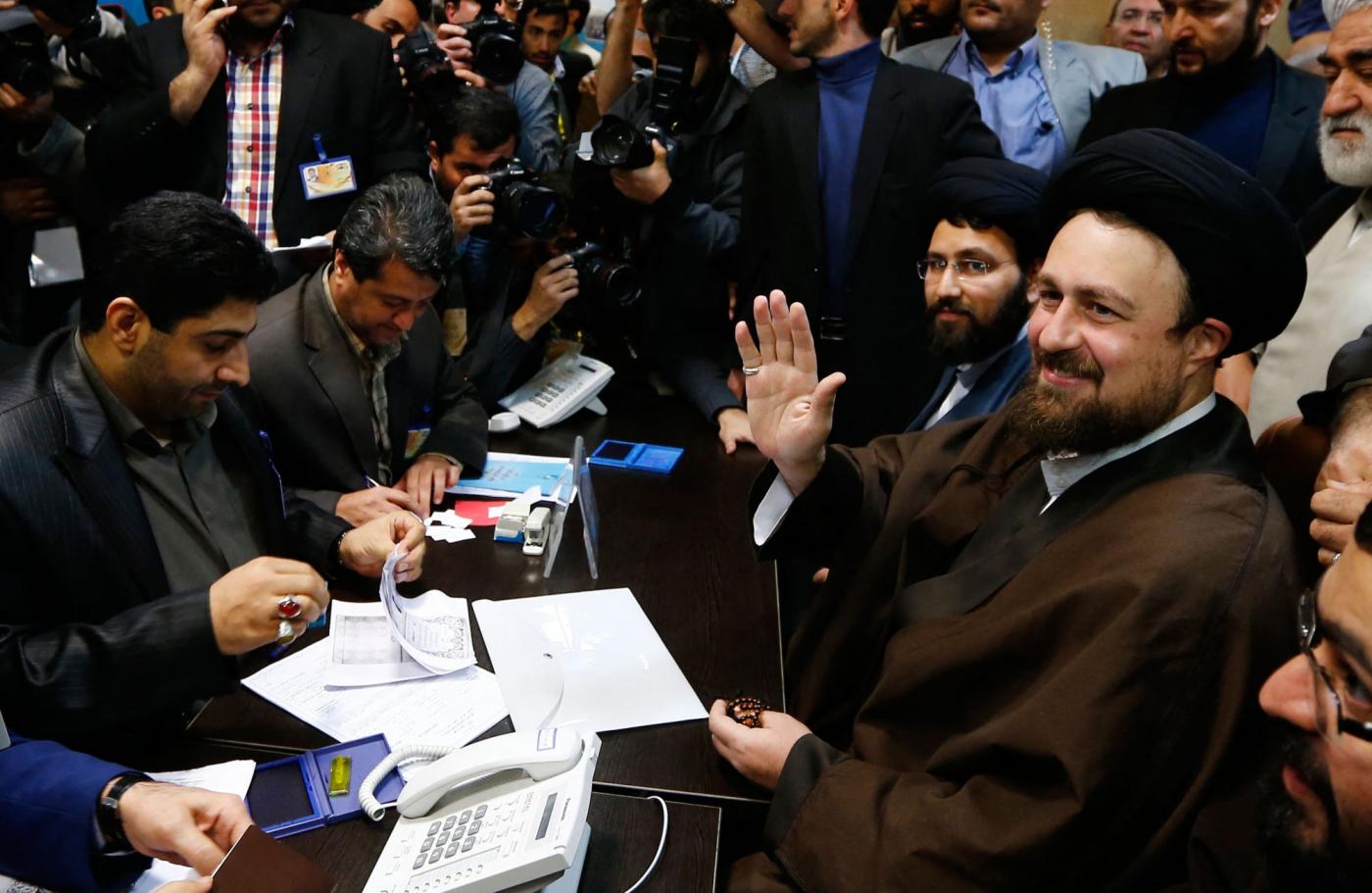 Three months ahead of Iran’s presidential elections, various reformist political figures and factions have suggested that Sayyed Hassan Khomeini, a grandson of Iran’s first supreme leader, Ayatollah Ruhollah Khomeini, could be the reformist camp’s candidate in the upcoming elections to compete against IRGC candidates.

In an interview with Arman, reformist politician Gholam Ali Dehghan said that Khomeini could shape a national unity government in Iran amid a worsening power struggle between the reformists and conservatives.

“Sayyed Hassan Khomeini is trusted by the three political factions of reformists, moderates and central conservatives,” Dehghan told the daily. “He would be a new source for developing national unity among Iranians, and he could evolve political moderation [in Iran].”

Hassan Khomeini became a cleric in 1993. He was appointed caretaker of the Mausoleum of Khomeini in 1995 where his grandfather and father are buried, and has had official meetings with officials such as Syrian President Bashar al-Assad and Hezbollah Secretary-General Hassan Nasrallah. He also teaches in the holy city of Qom, and has published his first book on Islamic sects.

Khomeini, the caretaker of his grandfather’s mausoleum and the head of the Institute for Compilation and Publication of Imam Khomeini’s Works, has not announced any plans for his possible candidacy in the elections.

Despite his family background leaning toward a strict interpretations of Islam, he is closer to reformists, and supported moderate president Hassan Rouhani in the last election, hence he might be a good option for the reformist camp against IRGC candidates.

With the next vote scheduled for June, three current and former commanders of the country’s Islamic Revolutionary Guard Corps (IRGC) have so far announced their candidacy for the elections.

No name has officially been released yet by the reformist camp. However, in recent weeks, speculation has grown about Khomeini or current foreign minister Mohammad Javad Zarif being likely representatives of the reformist current.