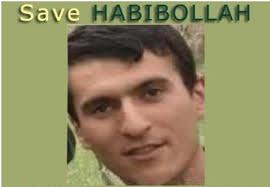 Golparipour was arrested and charged with “Moharebeh” (enmity against God) in the fall of 2009 and cooperation with PJAK—a Kurdish nationalist party banned in Iran. While Golparipour accepts the charge that he cooperated with PJAK, he strongly denies having been armed at the time of his arrest.

In an IHRDC interview from last December, Habibollah Golparipour’s father, Nasser Golparipour, also rejected the accusations that his son was armed. IHRDC has not been able to contact Golparipour’s attorneys but sources confirm that every possible legal step to stop the execution has been exhausted but to no avail.