Kurdish Prisoner, 27, Secretly Executed Despite Judge Agreeing He Was Innocent 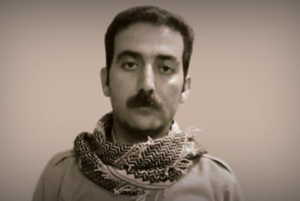 Kurdish Prisoner, 27, Secretly Executed Despite Judge Agreeing He Was Innocent

The family of Hedayatollah (Hedayat) Abdollahpour, a 27-year-old Kurdish-Iranian father of two who was on death row based on false charges since 2018, has been informed of his death weeks after he was secretly executed in western Iran, his father informed the Center for Human Rights in Iran (CHRI).

The execution was carried out despite the fact that one of the judges in the case had earlier told Hedayat’s attorney that he was innocent of any wrongdoing and that the death sentence was a result of pressure from Iran’s Islamic Revolutionary Guards (IRGC).

The lawyer explained to CHRI in an earlier interview that the IRGC sought harsh sentences aimed at dissuading locals from any cooperation with Kurdish opposition groups in the area.

Abubakr Abdollahpour said the death certificate stated that his son had died on May 11, 2020, “from being struck by sharp objects.”

“My son’s death certificate, given to us today [June 24],confirms that they executed my son,” Abubakr said. “We have not seen his body, nor his execution or where he has been buried.”

An auto mechanic from a village near Oshnavieh, Hedayatollah Abdollahpour was arrested in late June 2016 following a clash between members of the banned, separatist Democratic Party of Iranian Kurdistan (DPIK), based in Northern Iraq, and the IRGC near Oshnavieh.

On 3rd of January a news spread in social media regarding Qasem Soleimani and AbuMahdi Mohandes who has died by a US drone strike near Baghdad Airport and this was the end of their lives. In social media, especially Iranian users, there was a chaotic situation, some called of “the general of... END_OF_DOCUMENT_TOKEN_TO_BE_REPLACED