Manner to Confront the Enemy Must Change 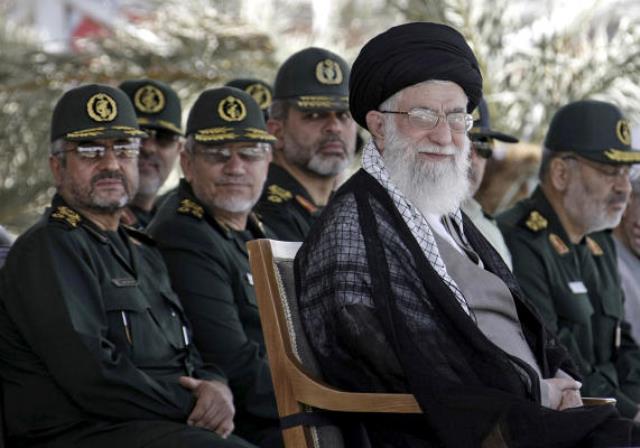 The commander of Iran’s Revolutionary Guards general Mohammad-Ali Jaafari announced that the approach to confront the threat against Iran’s Islamic regime had to change because the manner of the threat by the enemies of the regime had changed.

According to roozonline Jaafari made these remarks after the broadcast of a video speech in which he talked about the 2009 presidential elections and its aftermath that resulted in widespread demonstrations across Iran producing a serious political and security crisis for the regime.

Jaafari made these remarks while visiting a command responsible for protecting the Revolutionary Guards, (the IRGC). “The mission of the command to protect the Guards is one of the many other missions entrusted to the IRGC,” he said. “The Guards must be reconsider some of the approaches in fulfilling its missions because it must act within current conditions. And since the manner of the threats have changed, the methods to confront them must adjust accordingly.”

The protection command of the IRGC is entrusted with such activities as protecting the airports of the country and its important buildings.

The IRGS has different units tasked to carry out its missions of protecting personalities, buildings, airports, etc.  The budget and performance of IRGC units are not under any public oversight and fall under the general IRGC funding, which is itself classified and a guarded secret. The Ansar al-Mahdi and the Vali Amr forces for example, responsible for protecting key buildings and the supreme leader of the Islamic regime respectively, are estimated to comprise of about 30,000 and 11,000 recruits.

While the budget of the IRGC remains a secret, a news report had announced that there would be an increase of nine billion Toman in the force’s total funding, raising it to 24 billion Toman.

The IRGC is fully under the supervision of the supreme leader who also appoints all of its commanders. The recruitment process and the training for the Ansar al-Mehdi and the Vali Amr forces are different. Protection of key personalities of the Islamic republic is the responsibility of Iran’s national security council and not the Guards, a body that is headed by the minister of the interior, which is itself part of the supreme national security council headed by the president.

Last winter, Mohammad Hassan Kazemi, the deputy commander of the protection unit of the Guards announced, “Protection of personalities was passed on to the Guards after the assassination of Iran’s nuclear scientists, after which no assassinations have taken place.”