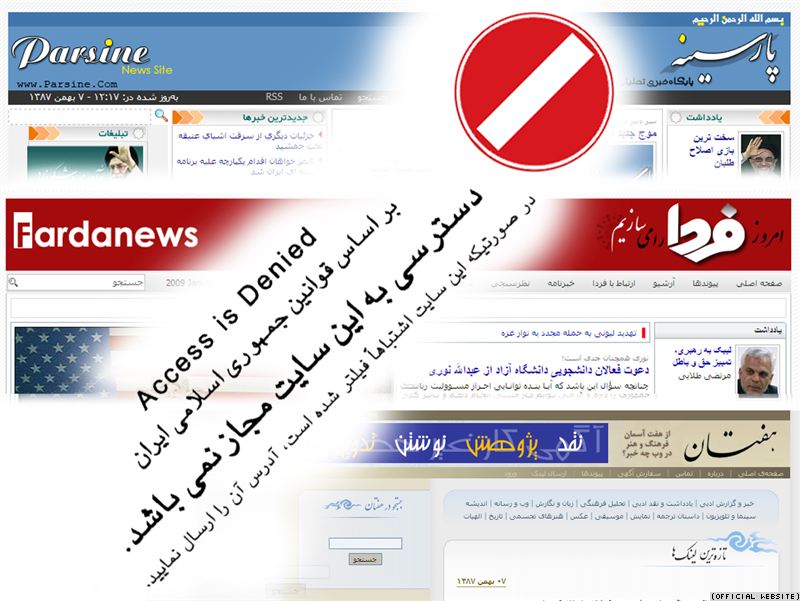 TEHRAN Jan 31 (Reuters) – Iranians have found their access to major news websites even more restricted than usual as more foreign sites were blocked by a government filter, Reuters witnesses observed on Monday.

Yahoo News and Reuters.com, both usually accessible in Iran, were unavailable, joining other long-blocked news sites such as the BBC and social networks Facebook and Twitter as beyond the reach of Iranians using a standard Internet connection.

There was no official confirmation of new Internet restrictions. One Iranian government official contacted by Reuters said authorities were “looking into the source of the problem” to remove it.

The move comes as many Iranian politicians, including President Mahmoud Ahmadinejad, are portraying anti-government protests in Egypt as being inspired by Iran’s Islamic Revolution which overthrew the U.S. backed Shah in 1979.

Many analysts outside Iran have compared the events in Egypt and elsewhere in the Arab Middle East to the huge protests which followed the re-election of Ahmadinejad which were eventually stamped out by a government that condemned them as “sedition” inspired by hostile foreign powers.

Google News was still accessible on Monday, but links from there to many foreign news websites were blocked and a list of government-approved sites offered instead. No reason was given for why certain sites are filtered.

Yahoo’s home page could be accessed and softer news items, including a CNBC item on American football cheerleaders, were not blocked. Links to harder new stories and the home page of Yahoo News, however, failed to load.

Jailed journalist sentenced to imprisonment for another year

Marco Rubio: Families of Victims of Terrorism Should Be Able to Sue Iran