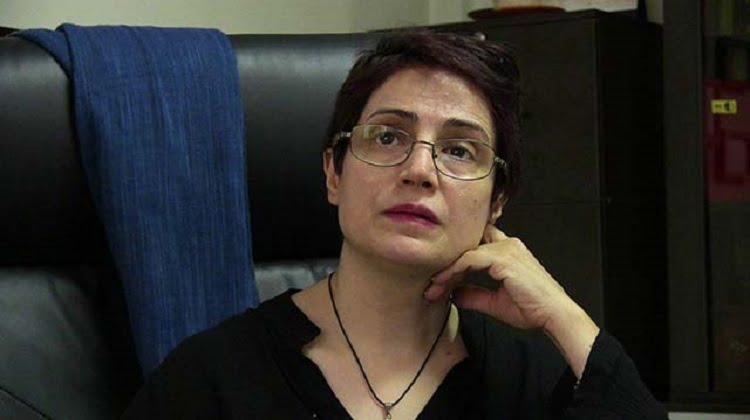 Payam Derafshan and Mohammad Moghimi, the lawyers representing detained human rights lawyer Nasrin Sotoudeh, have sued Judge Mohammad Moghiseh, the head of Branch 28 of the Revolutionary Court in Tehran, accusing him of unlawful sentencing and displaying a lack of impartiality in their client’s case.

Derafshan published details about the lawsuit on Instagram on September 29, 2018.

His post states that in 2015, Judge Moghiseh sentenced Sotoudeh to five years in prison for “espionage” even though she was on trial for “propaganda against the state,” which carries a maximum one-year prison sentence. Even if she had committed espionage, the maximum penalty for that charge is three years in prison, noted the lawyers.

The suit argues that the judge’s verdict was a violation of sentencing guidelines stipulated in articles 282, 335 and 341 of the Criminal Procedures Regulations.

“The indictment asked the court to investigate a number of charges based on the submitted evidence, but instead the judge issued a verdict on a different charge without providing evidence,” the suit states.

Sotoudeh’s lawyers also accused Judge Moghiseh of lacking impartiality, as evidenced in his unsubstantiated claims about their client, such as when he accused her of defending the terrorist organization Al Qaeda without providing evidence.

Sotoudeh was also sentenced for peacefully advocating against the death penalty in Iran, which is applied in Iran in cases severely lacking in international norms of due process.

“If it’s a crime to struggle for the gradual prohibition of capital punishment, then all those individuals who made an effort to eliminate the death penalty from many parts of the anti-drug law, as well as the judiciary chief who ordered an end to the executions, should be prosecuted and punished,” the attorneys added.

After years of the UN and human rights activists inside the country heavily criticizing Iran’s high execution rate, the Parliament amended a law in 2017 that enabled more than 5,000 death row prisoners to seek case reviews that could result in sentence reductions.

Will America Finally Get Tough on Iran? The Myth of Sanctions

Ex-NSC chief Amidror: IDF will have to destroy Hezbollah ‘beast’

Pompeo: Houthis Should Know they Cannot Win in Yemen