On the Palestinian issue, most responses vary from “none of my business” to “Israel is in the right.” 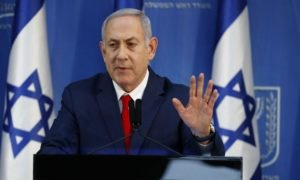 One of Prime Minister Benjamin Netanyahu’s greatest foreign policy legacies remains unseen to most Israelis and the world: He has made Israel popular in Iran!
It all started with Netanyahu’s video campaign on social media, which coincided with the Islamic Republic’s rapid deterioration of popularity. In a series of social media videos, Netanyahu directly spoke with the Iranian people with Farsi subtitles, and the videos went viral on social media and messaging apps among Iranian users. In these videos, Netanyahu emphasized his desire to live in peace and cooperation with the Iranian people. He spoke of Iran’s rich and great history. In one video, he outlined Iran’s water challenges, and he declared that he will start sending information to Iranians on social media about how best to overcome these challenges with minimal means.
However, the most important point that Netanyahu made was that the regime in Iran is the greatest obstacle to the progress of the Iranian people – by highlighting how successful Iranians are everywhere else, but not in Iran. This campaign resonated with many Iranians.
Evidence for this claim is Farsi comments on social media. Iranians use Instagram more than any other social medium, and that’s where they get most of their news. Every time there is a story about Israel, a vast majority of comments are in praise of Netanyahu and Israel. In the comment section of stories about Israel’s attacking the IRGC bases in Syria, there are many comments like, “Good, thank you!” or “Okay, but can you hit the IRGC inside Iran please?” or recommendations for targets inside Iran, which are usually Khamenei’s residence. When I talk to Iranians inside Iran, they no longer complain that Israel mistreats Palestinians; they see an ally in Israel. The enemy of their enemy is a friend.
On the Palestinian issue, most responses vary from “none of my business” to “Israel is in the right.” This is also evident in one of the most popular chants at every protest in Iran: “No to Gaza, no to Lebanon, my life [only] for Iran.” They are just tired of starving for the benefit of Hamas and Hezbollah.
For four decades, the United States has failed to meaningfully engage with the Iranian people to turn them against the regime. Just 10 years ago, it was inconceivable to imagine that an Israeli prime minister, especially a Likud one, would play this role. But Netanyahu cracked the code.
Unfortunately, Netanyahu’s video campaign has paused for now, perhaps because of the unresolved elections in Israel. Resumption would help, but the campaign has already planted the seeds.
Read more …

On 3rd of January a news spread in social media regarding Qasem Soleimani and AbuMahdi Mohandes who has died by a US drone strike near Baghdad Airport and this was the end of their lives. In social media, especially Iranian users, there was a chaotic situation, some called of “the general of... END_OF_DOCUMENT_TOKEN_TO_BE_REPLACED