NEW STATEMENTS AND NEW DETAILS ON MASS EXECUTIONS IN IRAN 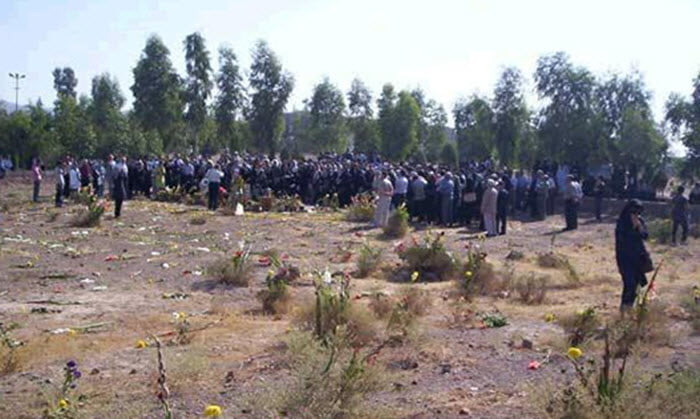 On Tuesday, the International Campaign for Human Rights in Iran published the contents of a statement by 22 international human rights groups responding to the early August execution of 20 Sunni Kurdish inmates, many of whom had reportedly been tortured into confessing to acting against the state. The statement points out that those 20 victims of Iran’s death penalty were drawn from a group of at least 33 Sunni and Kurdish prisoners who had been subject to frequent human rights violations and general mistreatment. It also notes that at least some of those individuals were political prisoners or prisoners of conscience, thereby contributing to a population of such prisoners which numbered 915 at last check.

Because of Iran’s relationship with the death penalty, and particularly because that penalty is sometimes given to political prisoners, the 22 human rights organizations have formally reiterated the call for an immediate moratorium on executions throughout the country. The joint statement also called upon both the United Nations Human Rights Council and the European Union to put pressure on the Islamic Republic of Iran over this and other human rights issues.

The mass executions that took place early in August have certainly become one of the newest hot button human rights topics regarding the Islamic Republic. The related controversy has continued to grow as more information has emerged about the incidents. On Tuesday, Al Arabiya reported that the families of some of those who were executed found that when they recovered their loved ones’ bodies, they bore marks that were indicative of torture prior to their hanging. It had previously been reported that the condemned men were physically assaulted by prison authorities before being taken to pre-execution solitary confinement.

There are many such reports of abuse in the Islamic Republic, and there would likely be more if not for the regime’s efforts to suppress details of what happens inside Iranian prisons. Al Arabiya also reported that Iranian intelligence agents had warned the relatives of some hanging victims to not discuss the condition of their bodies with the media or other outside sources. In some cases, relatives were even instructed not to hold public funerals, presumably out of fear that these could become rallying places for activism or political dissent.

Regardless of all this surrounding context, the August 3 hanging of 20 men was quickly described as one of the worst incidences of mass execution in recent years, although smaller scale mass executions throughout 2015 had contributed to a final total of nearly 1,000 executions in that year alone. Iran consistently ranks as the country with the highest per-capita rate of executions in the world, and last year’s figures were reportedly higher than any in the past 25 years.

But only a few years prior to that, the Iranian regime set a considerable record when, in the summer of 1988, it executed as many as 30,000 political prisoners, mostly members of the People’s Mojahedin Organization of Iran. This incident returned to the headlines around the same time that human rights groups began to speak out regarding this month’s executions. On August 9, Ahmad Montazeri, the son of an Iranian cleric who was once slated to take over the leadership of the Islamic Republic, posted an audio recording online featuring his father speaking out against the 1988 executions and thereby making additional information about the incident publicly available for the first time.

On Wednesday, the National Council of Resistance of Iran, which is made up in large part of the People’s Mojahedin, reported that Ahmad Montazeri had called upon the leadership of the Islamic Republic to apologize to the families of victims of the 1988 massacre. He added that the regime should disclose the locations of those victims’ burial sites and allow families to visit them for the first time.

Such commentary highlights the fact that at the same time that new human rights controversies are emerging in the Islamic Republic, there are longstanding human rights issues that remain unresolved and to a great extent un-acknowledged.

The NCRI has expressed concern that too few people are aware of the 1988 massacre or its true extent. Montazeri’s comments threaten to bring that incident into sharper focus, but it remains to be seen whether international human rights groups or Western policymakers will commit their own attention to the 28 year-old incident in the midst of more recent, but much smaller mass executions and the ongoing Iranian crackdown on persons with connections to the West.

The International Campaign reported on Tuesday that an American citizen who was arrested in July while visiting his native Iran has now been formally charged after spending long stretches of time in solitary confinement. Robin Shahini is said to be facing charges of “acting against national security,” “participating in protest gatherings in 2009,” “collaborating with Voice of America television” and “insulting the sacred on Facebook.” He is one of at least six foreign nationals who have been arrested in Iran in recent months on vague or unspecified charges, amidst unsubstantiated accusations of spying for Western governments.

The arrests have been widely interpreted as part of an effort to minimize cultural contact and information exchange between Iran and the West. Notably, that project promises to limit Iranian awareness of international statements regarding Iran’s human rights abuses. Toward that end, Iran’s civilian militia destroyed some 100,000 confiscated satellite dishes in July, and the Human Rights Activists News Network reported that a new round of confiscation began on August 8.