BREAKING NEWS
GMT+2 02:23
Home Politics No more UN embargo on Iran, but no arms sales either 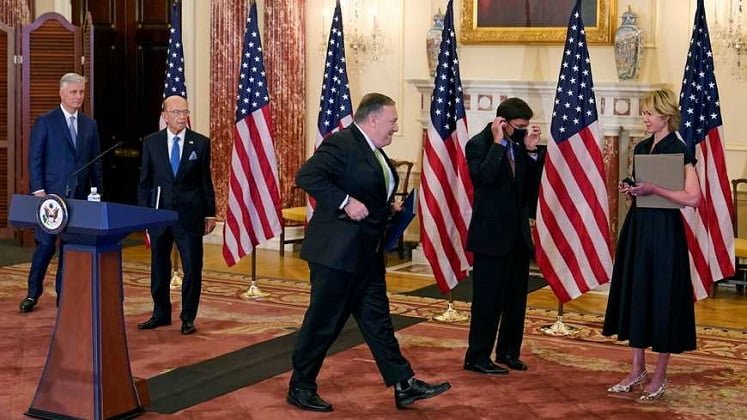 For all the to-and-fro over the expiration of the UN arms embargo on Iran on Oct. 18, little has changed in practice. Although the United States lost big in its effort to extend the ban, no major arms dealer will risk American sanctions for the sake of Iran’s market, limited as it is by the state’s economic troubles.

Tempting massive fines from the US Treasury would be especially foolhardy at this time, when a possible shift in US politics may soon change the sanctions landscape. So while the Trump administration is correct, in a purely practical sense, that Iran arms sales remain prohibited, this may not be for long.

In a legal sense, of course, the UN ban on certain conventional arms sales to Iran that was first imposed in 2007 has now been removed, in line with the five-year timetable of the 2015 Iran nuclear deal, known as the Joint Comprehensive Plan of Action (JCPOA). US insistence otherwise is laughable. The Trump administration first defied all common sense by claiming rights under the Iran nuclear deal from which it withdrew two years ago in order to try to invoke snapback sanctions.

Then, in a further ludicrous twist of logic, the Trump team says it must uphold UN sanctions that no other member of the Security Council save for the Dominican Republic believes to be in place. If the nations of the United Nations themselves say there is no UN embargo, then there is no UN embargo.

What remains in place are unilateral US sanctions. In vowing to enforce its view that UN sanctions remain in place, the United States did not adopt any new rules. It already has the power to apply extraterritorial penalties on any entity that challenges the myriad of measures put in place over the past three years to stifle Iran’s economy.

To underscore this point, Secretary of State Mike Pompeo on Oct. 18 threatened to penalize “any individual or entity that materially contributes to the supply, sale, or transfer of conventional arms to or from Iran.” But foreign arms sellers already knew this; his remarks were for a domestic audience. Ditto President Donald Trump’s profane machoism in an Oct. 9 interview with radio talk-show host Rush Limbaugh.