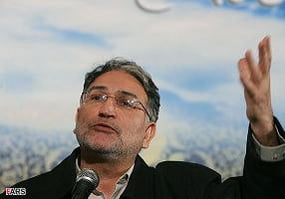 He has told the court that beatings and “monstrous” acts such as “pressing down the detainee’s heads in the toilet bowl” have been regular treatments for him and other political detainees such as Mostafa Tajzadeh, Abdollah Momeni, Hamzeh Karami and many others.

After the controversial 2009 presidential elections in Iran when Mahmoud Ahmadinejad’s victory was challenged by the reformists and millions of people on the streets, the government arrested numerous members of the reformist organizations, women’s and human rights activist as well as journalists and protesting citizens.

Scores of detained political prisoners have reported use of torture as a common procedure used by the Islamic Republic interrogators.

Nourizad also reports that the judge has told him that all the charges against him have been proven. He thus accuses the ministry of intelligence officials of exerting complete control over the country’s judges and pressing them into following their decisions.

In the past year, Iranian opposition has repeatedly decried the interference of the ministry of intelligence in the responsibilities of the judiciary and activists maintain that the Islamic Republic judiciary has completely lost its independence.

What is IRGC Looking for in 11th Presidential Election?