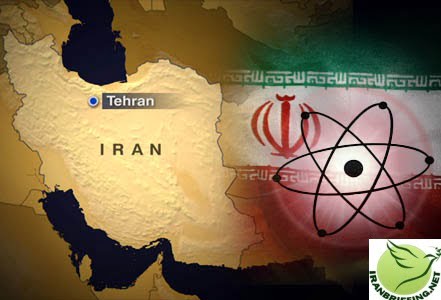 Iranian Revolutionary Guard’s shadow on the nuclear diplomacy and agreement

The leader of Iran, Ali Khamenei, is the main responsible of the Islamic Republic of Iran’s general policies and with his board legal authority, the direct intervention of the armed forces, especially the Revolutionary Guard- the survival element of the government – is also provided.

Following the previous review the direct involvement of the leader and the effective role of the Iranian Revolutionary Guards on foreign policy and diplomacy, especially nuclear negotiations and agreement will be discussed.

Nowadays, the world pay special attention to international relations, in this context, foreign policy has a particular value to the extent that a political system is able to cause the consolidation of national interests in the world. Diplomatic means is the most basic providing security in the country and one of the most well-known routes mapped targets per country’s goals. However Ali Khamenei, the leader of Iran, defines Diplomacy as “an unreliable battle with the enemy”. “Diplomacy is a war, diplomats are fighting all around the world. The value and impact of this war is sometimes not less than military wars. “He mentioned in a speech on July, 9, 2000. As well as that, he ambiguously mentions the foreign policy and diplomatic action as similar as the behavior of troops and their commanders on the battles repeatedly.

These words were said during the Iran-Iraq war, but given the war conditions prevailing in the country, they were justified. Although these remarks by the highest official in the Islamic republic after the death of its founder- when the public opinion after intense glow in the first and second decade was expecting to reach stability- this definition of the doctrine ” enemy-centered foreign policy ” has caused several ups and downs in the international arena and affray to the country, and the Iranian Revolutionary Guard as the executive military leverage of his commandments, has always influenced in all areas, including foreign policy.

As “Qods Force”, the overseas branch of this organization, has been present in different regions such as Lebanon and Syria since the inception of the Islamic Republic, and its activities in the Middle East these days is no longer a secret.

These competent plans of the Iranian leader and its military organization,, leaded the country to the strong crisis of nuclear technology for military purposes, by the International Atomic Energy Agency, Western countries and the United Nations and due to the sanctions, the country was plunged into a terrible problems. While the current government is trying to achieve an agreement by retreating from the previous position and nuclear enlightment to save Iran from the sanctions and the threat of army war, pessimistic remark of Iran’s leader was a explicit permission for commanders- who were opposed the negotiation from the beginning- to direct intervention in the foreign policy and makeobstructions and sabotage the negotiations. It also led the commanders in various ways in their contradictory statements, the dark realm of discussion in the negotiation process and by emphasizing their own” red lines” as the “interests of the country” such as”the right to enrich nuclear cycle and research and development in this area “and” a ban on visits to military facilities “disrupt the process of the negotiations and achieve a comprehensive settlement of the Iranian nuclear problem or even stop it.

Nevertheless it doesn’t seem that the Iranian Revolutionary Guards commanders plan any defense and support of the official government through these statements. They are actually subordinate to the chief commander- leader of Iran- and if the vicious republic cycle in the Islamic Republic of Iran doesn’t solved, there will be a continued diplomatic shadow of military commanders in this matter.