Posted By: crazydeadon: May 28, 2011In: Economy, Politics
Print Email 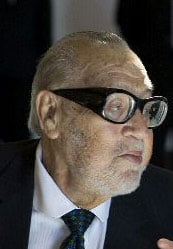 Ofer Brothers Group of Israel has joined Singaporean spinoff Tanker Pacific in challenging sanctions imposed by the US State Department, TradeWinds has learned.

Sources in Washington, DC say “top executives” at affiliate Ofer Shipping are locked in talks with advisors to Secretary of State Hillary Clinton, who has the power to remove the companies from the Obama Administration’s blacklist following accusations the companies sold a products tanker to Islamic Republic of Iran Shipping Lines (IRISL) last September.

An official said: “Both firms [Ofer and Tanker Pacific] have cooperated with the [State Department‘s] investigation and are interested, of course, in having the sanctions lifted but I cannot elaborate further.

“But I can say the sanctions will remain in place for at least two years unless the Secretary [Clinton] makes determinations and certifications that would have them lifted earlier.”

A spokesman at Ofer Shipping declined to comment when contacted by TradeWinds and refused to speak about an Israel Radio interview with Ofer Brothers Group spokesman Motti Scherf, who said his company “did business unwittingly with an Iranian shell company”.

During a Wednesday broadcast the AP says Scherf told commentators that Ofer Brothers and Tanker Pacific checked the US government’s list of companies affiliated with the sanctioned country before sealing the $8.7m sale of the 41,300-dwt products tanker Raffles Park (built 1992).

He reportedly identified the buyer as UAE-based Crystal Shipping, which did not appear on the blacklist.

When the transaction was first unveiled, sources in Dubai told TradeWinds the client was affiliated with IRISL.

Scherf said in February the company “received an indication that this sale was more complex and problematic than what we thought at first” and said “the sale has been under US investigation for the past few weeks”.

Scherf and several other Ofer Brothers Group employees say they are “optimistic” the US sanctions will be lifted.

The Israeli owner and its Singapore subsidiary, which has publicly rejected the claims, are accused of failing to exercise due diligence in tanker transaction and violting anti-Iranian initiatives outlined in the Iran Sanctions Act (ISA) of 1996 and the Comprehensive Iran Sanctions, Accountability, and Divestment Act (CISADA) of 2010.

Both firms were barred from getting loans in excess of $10m from US financial institutions, financing from the Export-Import Bank of the US and and from obtaining US export licenses.

It is not known if Associated Shipbroking, which was accused of brokering the sale-and-purchase deal with the IRISL shell company, is fighting to have sanctions lifted as the company has not returned repeated calls requesting comment.

BBC appeals to UN over Iran’s harassment of Persian staff

Pressures on Kurdish students and teachers in Marivan continue