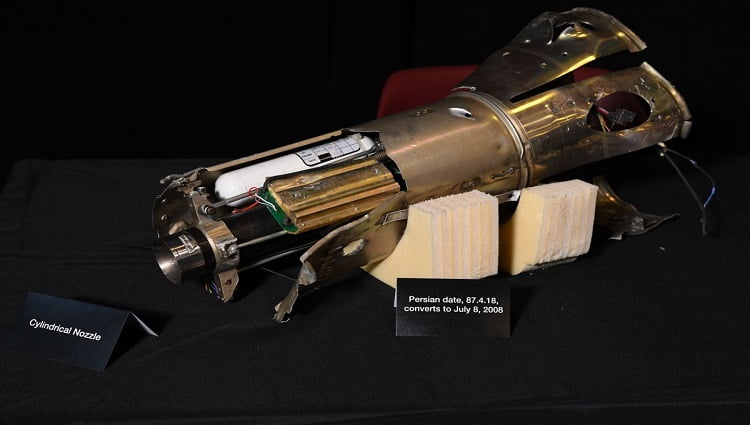 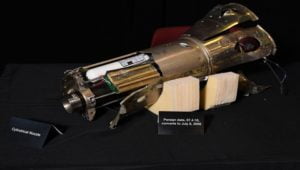 Officials first publicly revealed the room’s contents a year ago when U.S. Ambassador to the United Nations Nikki Haley showcased what she called “concrete evidence” that Iranis supplying weapons to Houthi rebels in Yemen’s war with a Saudi-led coalition.
Housed at Joint Base Anacostia-Bolling, home of the Defense Intelligence Agency, the weapons, recovered and on loan from Saudi Arabia, Bahrain, United Arab Emirates and Afghanistan, have been seen by more than 1,000 visitors and representatives of nearly 70 nations, officials said.

The centerpiece of the evidence last year was debris from a short-range missile fired by Houthis in Yemen at a civilian airport in Saudi Arabia.
A year later, in the same week that the U.S. Senate voted 63-37 to advance steps to withdraw U.S. support for the Saudi-led coalition’s fighting in Yemen, U.S. Special Representative for Iran Brian Hook took the stage that Haley occupied during her remarks.

Hook, who is also a senior policy adviser to the Secretary of State, said that since last year more weapons with clear markers that Iran manufactures and supplies a host of weaponry.
The adviser brushed off questions regarding the timing of the display but did say that “abandoning Yemen right now would do immense damage” to both U.S. national security and the security of the nation’s allies in the region.