BREAKING NEWS
GMT+2 07:22
Home Economy Oligarchy of IRGC and Mullahs: Two Parties in Need of Each Other

Oligarchy of IRGC and Mullahs: Two Parties in Need of Each Other 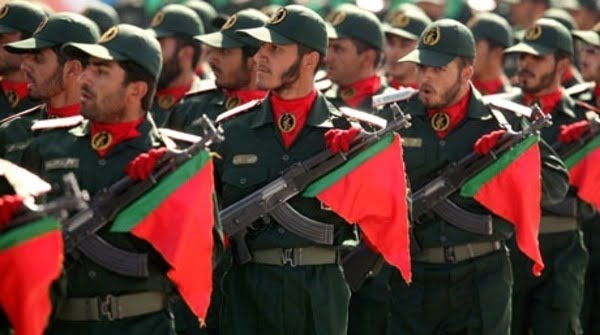 Iran Briefing (Exclusive) – In current time, Islamic Republic of Iran is the government of IRGC and Mullahs. IRGC men and Mullahs are holding most of the key posts in the government. IRGC is a major political force in the political structure of nowadays Iran. The financial, media, propaganda and military-security power of IRGC as an organization and every Senior Commander of it, in political situation of nowadays Iran, is much further than Mullahs system and every Mullah which IRGC was supposed to protect their power. In the aspect of resources, incomes and wealth, only the Leader’s system is placed above of IRGC and its commanders. The government’s incomes also are being intake by two large ducts: IRGC and Leader’s system. IRGC is the only revolutionary institution founded after 1979 which gained such a power.

Constitution and political structure of Islamic Republic is based on oligarchy of Mullahs. Mullahs as the group in power have the main sticks of power in their hands and like a political party have an extended presence in organizations and institutions of Islamic Republic. Mullahs suppose the government as their monopolized area. According to the constitution, political posts are in hands of Mullahs. Based on article 93 of constitution, “Parliament without the Guardian Council has no legal validity.”

The Supreme Leader is the center of power in Islamic Republic and presidential and parliamentary candidates, without the confirmation by Guardian Council – composed of Mullahs chosen by Supreme Leader- cannot be voted by people. Supreme leader’s agents are present at universities, army, IRGC and other organizations. The Judiciary is in the hands of Mullahs and their trials are in special courts. Head of the parliament, there had been a mullah until the sixth period.

The first use of IRGC in the Iranian society was protecting the Mullahs. IRGC was formed not for defending country or even the revolution, but to protect the men in power and Mullahs. First members of IRGC were the bodyguard of government’s mullahs and authorities in different parts of country. Those who didn’t know the real goals of IRGC and joined it, left it as soon as they found. The next use [of IRGC] was repression of those who opposed the government of Mullahs. In the frame of this mission, IRGC has hold the connection to this class of government; Mullahs as the Islamic ideology leaders. In the frame of this two-way connection, conservative Mullahs who are closed to the Supreme Leader have legalized the actions of IRGC and getting control of country’s recourses and in response, IRGC has hold them in power by repressing oppositions and those who criticize the system.

Since the beginning of the formation of Islamic Republic, IRGC has stood beside the Supreme Leader and has an old and strong joint with Supreme Leader, specially Ali Khamenei; the conservative and radical leader of Islamic Republic. Khamenei, for holding his power and Islamic Republic, has provided the situation for the presence of IRGC in political and financial structure of Islamic Republic. Those Mullahs, who confirm Khamenei and IRGC, will be protected by IRGC but those Mullahs who oppose or criticize this system will not be able to take a place in power. Even they will not be able to continue their religious activities and will be erased from political and social area by IRGC, commanded by Khamenei. Two solid example of these kind of Mullahs were Ayatollah Kazem Shari’atmadari and Ayatollah Hosseinali Montazeri who were not safe from repression machine of Velayat-e Faqih and passed their whole life in house-arrest. Right now, Mehdi Karoubi is one of the opposition Mullahs who is in house-arrest.

Mullahs’ deputy representative of the Supreme Leader in IRGC, Safar Ali Moradi, recently told: “IRGC’s Mullahs are the soldiers in the front line of soft-war of enemies.” Also Hossein Salami, deputy commander of IRGC in the security summit of IRGC’s Mullahs in 2011, Tehran, said about the connection between Mullahs and IRGC: “Mullahs are the spiritual commanders of IRGC. The basement of the IRGC which is contained of spirituality, belief, awakening and thought are formed by Mullahs.”

In recent years, IRGC is trying to weaken the situation of Mullahs in the society to use pro-khamenei Mullahs against critic Mullahs like Mohammad Khatami and Ali Akbar Rafsanjani. The project of “Making-Ayatollah” and giving upper ranks to the pro-Khamenei Mullahs are the actions in the frame of this scenario. Ahmad Khatami, Sadeq Larijani, Ali Saeedi are the Mullahs who got upper rank from Hujjat al-Islam to Ayatollah within a night by Supreme Leader and IRGC.

According to the contents above, it can be concluded that IRGC has the connection and supports those Mullahs who are pro-Khamenei and IRGC and in their public speeches praise Khamenei and maledict rivals. That is why IRGC has permeated into the Islamic Theological Seminaries to grow up Radical Mullahs to empower its ideological basements and act toward the goals of IRGC in the country. And also, by misusing this kind of Mullahs, IRGC wants to omit Supreme leader’s rivals and empower the situation of Supreme Leader. It also will fill the gap between Mullahs and Supreme Leader after 2009 election events. Insightful Ambassadors are the new generation of these Mullahs to achieve their goals.

Execution of six in Orumieh and suppression of prisoners in Kerman

Deterioration of Human Rights in Iran

Female Political Prisoners at Gharchak: “We Call Upon Those With A Conscience To Speak Out Against An Affront on Human Dignity”