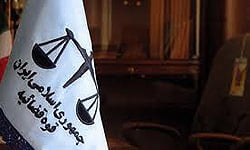 Kurdish political activist Mohammad Ghavami has been sentenced to one year of imprisonment suspended for 5 years. In 2008, he was sentenced to 28 months in prison of which he served 1.5 years.

Labor Activist Kourosh Bakhshandeh has also been sentenecd to one year in prison suspended for 5 years. He has been sentenced for acting against national security by membership in a labor organization and anti-regime propaganda by collaberating with anti-regime groups.  He was tried in absentia and after objecting to it, the judge had stated that his address has not been found while he was detained at the same address.