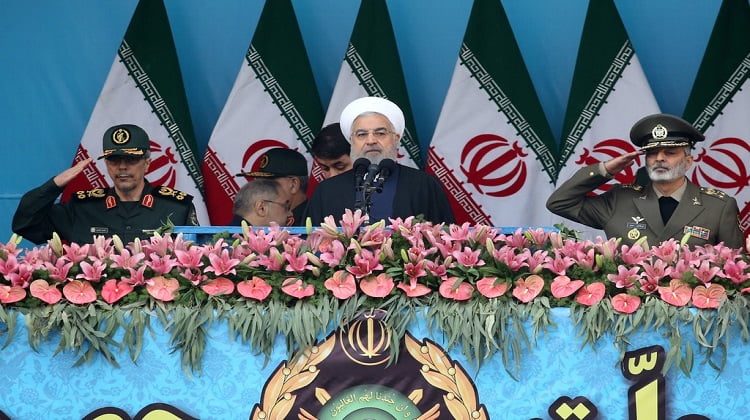 The Pentagon will deploy a Patriot antimissile battery to the Middle East to shore up defenses against Iranian threats, part of a series of carefully calibrated deployments intended to deter attacks by Iranian forces or their proxies, Pentagon officials said on Friday.

A single Patriot antimissile battery will return to the Persian Gulf, just a few months after four batteries were withdrawn from the region. The Pentagon also said it would replace one Navy ship in the region with a more capable vessel, the Arlington, an amphibious ship designed to carry Marines and combat helicopters.

[To follow new military deployments to the Middle East, sign up for the weekly At War newsletter.]

Officials said the new deployments were part of the original request made last weekend by the military’s Central Command after the Trump administration said new intelligence showed that Iran was mobilizing proxy groups in Iraq and Syria to attack American forces. As a result, the Pentagon sent B-52 bombers this week to Al Udeid air base in Qatar, and the Abraham Lincoln aircraft carrier passed through the Suez Canal on its way to the Persian Gulf.

The new steps are meant to be measured and limited, in part because a new intelligence analysis by American and allied spy services has concluded that the Iranian government, declining in popularity amid economic woes, is trying to provoke the United States into a military overreaction to cement its hold on power, according to American and allied intelligence officials. The American intelligence community has not yet done a broader official assessment that would incorporate views from multiple agencies.

Iranian economist gets one year in jail

Jailed journalists to Javanfekr: “We are happy that you did not have to go to Kahrizak”

Persecution of victims of crimes against human rights and political activists