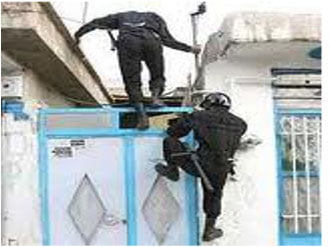 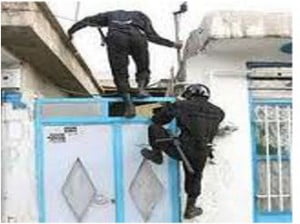 HRANA News Agency – On Sunday, July 3, 2011, Iranian intelligence agents raided Mehdi Abedi Bakhoda’s house, took him out of his sickbed and placed him under arrest. The current whereabouts of this political prisoner from 80’s are unknown.

According to a report by Human Rights Activists for Democracy in Iran, on Sunday night, at about 11:00pm, Iranian intelligence agents climbed over the wall and entered Mehdi Abedi Bakhoda’s residence in the city of Rasht. At the time of the raid, he was ill with an IV attached to his arm. During the break-in, intelligence agents were violent and used force to make the arrest.

While Mehdi Abedi Bakhoda’s family members were objecting to the raid by chanting slogans, their neighbors joined the protest to prevent the arrest. However, fearing the growing number of protesters, the intelligence agents left the premises quickly.

During this raid, the intelligent agents confiscated a computer, a personal phone and address book, a mobile phone and a few other personal items.

Since the arrest, Mehdi Abedi Bakhoda’s family members visit Rasht’s court house and Revolutionary Court every day for information regarding his whereabouts and current condition. Thus far, the authorities have refused to give the family any answers.