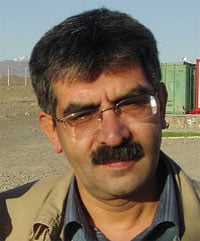 According to reports, after the condition of Mohsen Dokmechi, who is diagnosed with pancreatic cancer, deteriorated and doctors lost hope of recovery, he was hospitalized.

Four agents of the regime’s Ministry of Intelligence and Security (MOIS) are keeping a watch on him on a 24 hour basis and prevent family visits.

According to reports, on Wednesday, Mr. Dokmechi’s wife and child were allowed to meet with him for only 10 minutes but their meeting was cut short by the regime’s agents.

Iran will face US on the battlefield, the IRGC leader says