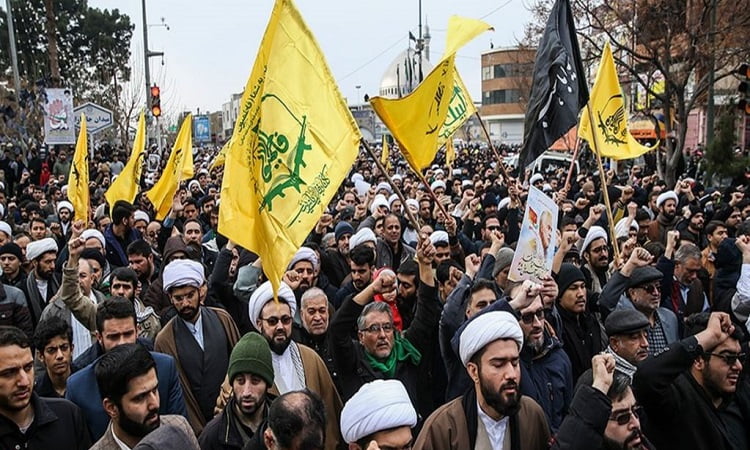 Among them was the Fatemiyoun Brigade, comprised mainly of Afghans from the country’s Shi’ite Hazara minority. From 2011, the IRGC recruited thousands of Afghan migrants and refugees within its own borders and covertly drafted hundreds of Shi’a inside Afghanistan.

The majority of Muslims in Afghanistan are Sunni, but around 15 percent of its population — mainly Hazara — are Shi’a with religious links to the Shi’ite majority in Iran.

With the Syrian war ebbing, several thousand Fatemiyoun fighters have returned to their homeland, prompting fears that Iran could mobilize the proxy group to target U.S. interests in neighboring Afghanistan, where some 13,000 American troops are stationed.

Tensions between Washington and Tehran have soared following the U.S. killing of Iran’s top military commander, Major General Qasem Soleimani, in a drone strike at the Baghdad airport on January 3. In retaliation, Tehran fired missiles at an Iraqi air base that houses U.S. forces.

“We should certainly be concerned about the risk of Iran using this asset in Afghanistan to go after U.S. troops or other American interests in the country,” said Michael Kugelman, South Asia associate at the Woodrow Wilson International Center for Scholars in Washington.

“Let’s be clear: At least right now, there are more than 10,000 American soldiers across Iran’s eastern border. That’s a tempting target, and these [Shi’ite] fighters in Afghanistan give Tehran a potentially useful proxy to go after those troops,” he added.

Rahmatullah Nabil, the two-time head of Afghanistan’s National Directorate of Security (NDS), the country’s main intelligence agency, estimated that between 2,500 to 3,000 Fatemiyoun fighters have returned to Afghanistan.

“At this stage it seems they are not in a position to pose an immediate threat to Afghanistan’s national security,” said Nabil, who was intelligence chief from 2010-12 and 2013-15. “They are not organized but scattered in different parts of the country.”