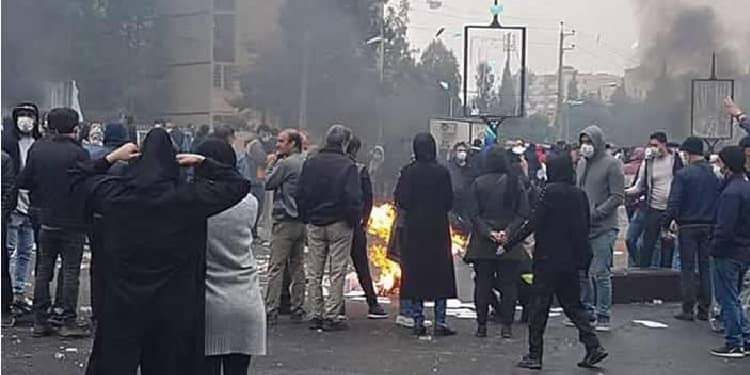 Last Sunday, protests were recorded as taking place in at least 20 Iranian cities as the country’s roughly 18 million pensioners continued their activities over a declining quality of life and increasing scarcity of access to various food staples. Several protests have taken place on a similar scale since the beginning of this year, and it appears as if the pensioners’ activism is being accompanied by growing numbers of protests by younger Iranians, many of which express a broader political agenda and a persistent desire for regime change.

Pensioners have endorsed this message to some degree while remaining focused on the immediate goal of securing the means to their short-term survival at a time when more than 60 percent of the Iranian population, according to the regime itself, are living under the poverty line. In their most recent protests, many elderly activists joined their younger compatriots in urging a general boycott of the political process that regime authorities are attempting to promote in advance of their sham presidential election in June.

The regime’s sham parliamentary elections in February 2020, had the lowest level of voter turnout in the regime’s history. That same outcome was also driven by a longstanding electoral boycott movement, led by the People’s Mojahedin Organization of Iran, which urged the general population to deny legitimacy to the clerical system and “vote for regime change.”

This message has lately begun appearing in the forms of graffiti and banners in prominent locations throughout Iran, often accompanied by images of Mrs. Maryam Rajavi, the president-elect of the National Council of Resistance of Iran. Mrs. Rajavi has personally commented on the pensioner protests and the youth activist movement in order to suggest that the establishment of such a transitional government may not be far off.

Read the complete article at: NCRI

Also Read: Iran preparing for protests during Festival of Fire