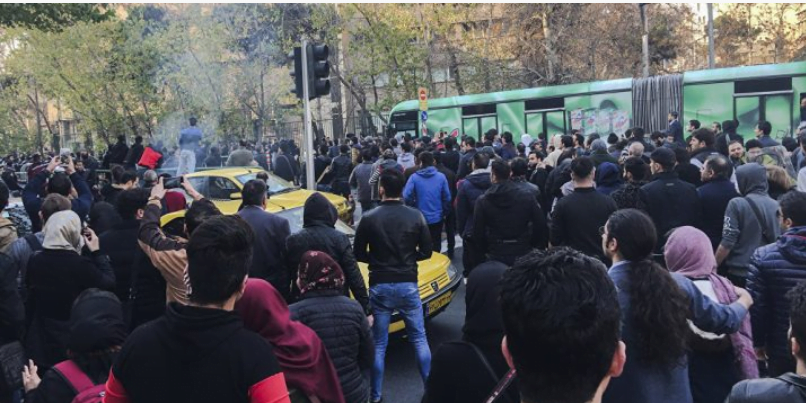 Protests in Iran as US sanctions loom – Sporadic protests were taking place in cities in Iran for a fourth day, on Saturday, as Iranians brace for a return of US sanctions, according to Iranian news agencies and social media …

Sporadic protests were taking place in cities in Iran for a fourth day, on Saturday, as Iranians brace for a return of US sanctions, according to Iranian news agencies and social media.

The protests are marred with demonstrators attacking a Shi’ite seminary west of Tehran.

Hundreds have rallied in cities across the country, including Tehran, Isfahan and Karaj, according to videos posted on social media, to protest against high inflation caused in part by a plunging rial over fears of the reimposition of crippling sanctions on Aug. 7.

In May, the United States pulled out of a 2015 deal between world powers and Tehran under which international sanctions on Iran were lifted in return for curbs on its nuclear programme.

Washington decided to reimpose sanctions on Iran upon its withdrawal, accusing it of posing a security threat, and has told countries they must halt all imports of Iranian oil from Nov. 4 or face US financial measures.

The protests have often begun with slogans against the high cost of living and alleged financial corruption but quickly turned into anti-government rallies.

In the town of Eshtehard, 100 km (63 miles) west of Tehran, riot police intervened late on Friday to disperse about 500 people who chanted slogans against the government, with some throwing rocks and bricks at a Shi’ite Muslim seminary.

In Tehran, street demonstrators chanted “Death to the dictator,’’ according to a social media video, which could not be independently verified.

In Washington, the US State Department said on its Persian-language Twitter account: “While it is ultimately up to the #people of Iran to determine their country’s path, #America supports the voice of the Iranian people, which has been ignored for a long time.”

On Aug. 7, Washington would reimpose sanctions on Iran’s purchase of US dollars, its trade in gold and precious metals and its dealings with metals, coal and industrial-related software.

Sanctions will also be reapplied to US imports of Iranian carpets and foodstuffs and on certain related financial transactions.

Iran’s oil exports could fall by as much as two-thirds by the end of the year because of the US sanctions, putting oil markets under huge strain amid supply outages elsewhere in the world.