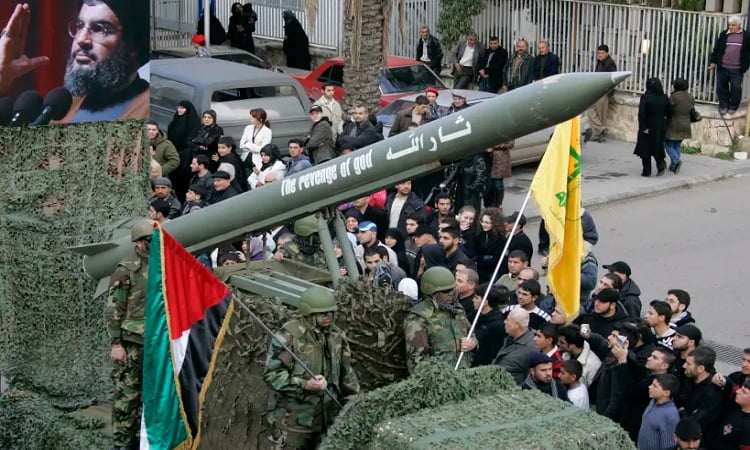 Iran’s Islamic Revolutionary Guards Quds Force has a new deputy commander and he was the key to Hezbollah’s precision missile project. Mohammed Hejazi was previously a high ranking IRGC commander, a suppressor of protests in Iran and had been under Qasem Soleimani’s command as the central figure in Iran’s operations in Lebanon.

According to a public IDF report released in August 2019 Hejazi was involved in Hezbollah’s precision guided missile project in Lebanon. The report said that he was an IRGC operative, commander of Iran’s precision guided missile project in Lebanon and directly commands Iranian personnel in Lebanon.” He has been in Lebanon for years, according to Iranian media sources and reports online at various regional media. Prior to going to Lebanon for the IRGC he was involved in research and logistics, making him keenly aware of how Iran moves its missiles to groups like Hezbollah. Ynet reported he was also linked to the 1994 AMIA bombing of the Jewish community center in Argentina.

Hejazi, whose name is sometimes given as Seyyed Mohammad Hosseinzadeh Hejazi, or Muhammad Hussein-Zada Hejazi, was born in 1956 in Isfahan. He fought in the Iran-Iraq war in the 1980s and played a key role suppressing Kurds. Later he became a commander of the Basij militia in Iran and then rose through IRGC ranks to become a deputy commander and one of its most senior officers. He was sanctioned by the US in 2007 and the EU in 2011 for his role in human rights and other violations. He helped suppress protests for President Mahmoud Ahmadinejad in 2009.

He faded from public view in 2014, and seems to have been in Lebanon during that time, helping Hezbollah stockpile and improve its estimated 150,000 missiles. Al-Ain media reports that he was Hezbollah’s key man linking them to the IRGC.