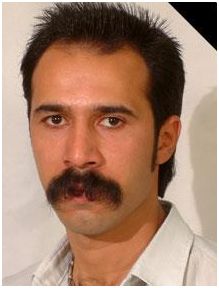 Inside of Iran – After the disgraceful action of Qum Seminary Basiji students (members of so called “Battle Against New Mysticism” organisation), which finally led to an increasing conflict in the Estate of Fars, the cities of Sarvestan and Kovar, special Riot Police Forces were sent to intervene in the conflict and the security climate of these cities became Martial Law.

Now the propaganda system of the Qum Seminary Basiji students are trying to expropriate Dervish Vahid Banani as a Basiji. They are using the same tactic as Hussain Shariatmadari, in the murder of Saane Jale. These actions are a desperate effort by the shameless press and the regime of Iran.

The Basiji students are the followers of Ahmad Janati, Mesbah Yazdi and Mohammad Yazdi ect…. They always show the reverse of what happens and lie about the occurrence of the real events. However with being humiliated by the international media for their disgraceful actions, they can no longer cover-up their actions and their bosses’ disgraceful reputation.

The news below, taken from the Voice of Revolution website, is a sign of unlimited useless attempts of Qum Seminary Basiji attempting to steal Vahid Banani’s identity. You are able to judge for yourself these disgraceful actions after reading their false statements about the death of Vahid Banani.

The report from Voice of  website nedaye enghelab which depend on the Iranian Intelligent Service;

The Gonabadi Dervishes are mob ruled. They have always been claiming that they have no role in politics, however their action is opposite to what they claim.

The recent bitter conflict in Kovar started by Gonabadi Dervishes insulting a very respected Clergy. The people from this part of our Islamic country held a protest march against Gonabadi Sufis.

The follow-up to the protest of people against dervishes. Some of the Dervishes attended the protest with a pre-organised plan, bringing with them a van full of stones and cold weapons. Therefore when the conflict escalated, the Security Forces were forced to intervene and in order to avoid the increase of the clashes between the two groups, they used open firearm and Vahid Banani, who was not a dervish, was shot accidently.

In the same time Dervishes instead of taking the injured Vahid Banani to hospital they brought him to an unknown house belonging to a dervish. Because Vahid Banani was not taken to hospital on time, he lost too much blood and died.

The Dervishes’ speakers outside of Iran become active.

After Vahid Banani death, the speakers of this sect living outside of Iran, such as Mostafa Azmayesh, who has a long history of spreading rumors and seems to have been waiting for this incident, knew about the details. Because without wasting any time they appeared in foreign media to take the most advantage from the death of Vahid Banani for their own benefits.

Questions without any Answers

1)    Why didn’t they take Vahid Banani to a hospital and instead took him to one of the dervish’s house, which resulted in Vahid Banani death?

2)    Why did they take Vahid Banani to hospital when they knew it was too late for him to survive?

3)    What is the reason for Dervishes of Sarvestan, congratulating each other and saying “we got a holy martyr as well”?

4)    In normal circumstances, it is very hard to have phone reception in this city. How did they manage to give reports of the incidents to Paris, second by second?

5)    Why wasn’t Vahid Banani seen even once to be participating in Sufi gatherings?

6)    How can you explain the history of Vahid Banani activities in the Basij militia?