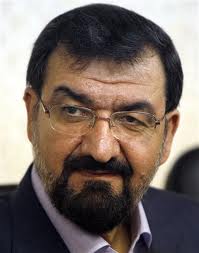 Mohsen Rafigh Doost tells a story about Reza Seifollahi and how he helped Rezaee to become the Revolutionary Guard’s Commander-in-Chief before the embassy seizure. Reza Seifollah discloses information about their plots for storming the US embassy, including plans to keep surveillance of the embassy from the state TV. He says “in order to observe the embassy, change the watchmen’s shifts and keep control over the commuters in the embassy, we kept a close surveillance over the embassy from the opposite buildings by the equipment we had prepared earlier. As Zarghami had told us beforehand, we knew well before the operation began that the Revolutionary Guard forces had been located in the embassy and they will support us in case we are attacked.”

By using the university students and participating in the embassy seizure, the Revolutionary Guard’s forces began to interfere in Iran foreign policy, thus making the US a determining factor in foreign policy of a regime they themselves had worked to establish.

Banning the bail of Saied Abedini and threatening it’s provider

US Official: Iranian Regime Wants Iraq to Become a Province of Iran

Khamenei Launches a 10-Day Assault on the Green Movement