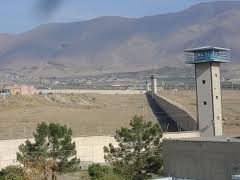 According to Kaleme, for eight months now political prisoners in Rajai Shahr ‘Gohardasht’ prison have been denied all telephone contact with their families.

Political prisoners in Rajai Shahr prison, in particular those incarcerated after the 2009 Iranian Presidential election, have also been denied prison furlough. A tall wall divides the prisoner from his or family during the so-called face-to-face visitations. The cabin visits (visitations from behind a window) are also much more limited than other prisons because the thick glass panels make it very difficult to see the prisoner’s face. Recent reports also indicate that the prisoners have been denied access to daily fresh air, an act that has led to protests by the prisoners.

Masoud Bastani, Davoud Soleymani, Ahmad Zeidabadi, Mehdi Mahmoudian, Keyvan Samimi, Rasoul Badaghi, Isa Saharkhiz, Heshmatollah Tabarzadi, and other political prisoners arrested after the election are held in Rajai Shahr prison. Except for Davoud Solyemani, who has been allowed two short three-day furloughs from prison, the rest of the political prisoners have not been granted furlough to date. Journalist Keyvan Samimi was allowed furlough only during the time he was incarcerated in Evin prison. It looks as though, without a particular reason, the prosecutors and the judicial authorities have decided to deny the prisoners their legal right to furlough.

Dead blogger’s mother says he was killed in prison

A Large Number of Female Prisoners Transferred out of Gohardasht