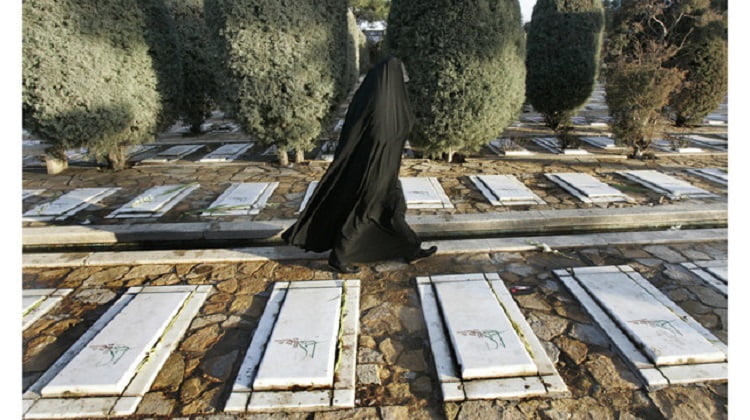 Iran is destroying or redeveloping the sites of mass graves holding those executed in a 1988 wartime purge that killed as many as 5,000 people, a report released Monday alleges.

The joint report by the London-based group Justice for Iran and Amnesty International calls new attention to the mass executions carried out nearly 30 years ago, which came at the end of Iran’s bloody war with Iraq.

While largely not talked about publicly since then, the executions roiled Iran anew in 2016 with the release of a recording of a top official at the time condemning the killings as “the biggest crime in the history of the Islamic Republic.”

Iran’s mission to the United Nations did not respond to a request for comment on the report.

“It has not become a part of history yet,” Shadi Sadr, executive director of Justice for Iran, told The Associated Press. “As long as those responsible for the crimes are still in power … it’s not something that belongs to the past.”

Justice for Iran alleges in the report that it has identified over 120 locations in the country it believes were used as mass graves then. The report focuses on seven sites for which the group says it has reliable testimony, photo and video evidence and satellite imagery.

“The actions include: bulldozing; hiding the mass graves beneath new, individual burial plots; constructing concrete slabs, buildings or roads over the mass graves; and turning the mass grave sites into rubbish dumps,” the report says. “In at least three cases, the authorities appear to be planning actions that would further damage the mass graves.”

The graves hold those killed in executions that came at the end of Iran’s long war with Iraq, which began when Saddam Hussein invaded in 1980. By 1988, 1 million people had been killed in a conflict that featured trench warfare, Iranian human-wave attacks and chemical weapons assaults launched by Iraq.

In July 1988, Iran’s then-ailing supreme leader, Ayatollah Ruhollah Khomeini, reluctantly accepted a U.N.-brokered cease-fire that he called “more deadly to me than poison.” But within days, members of an Iranian opposition group called the Mujahedeen-e-Khalq, then based in Iraq and heavily armed by Saddam, launched a surprise attack.

Iran repelled the assault, but the attack set the stage for sham trials of Communists, Kurdish separatists, Mujahedeen-e-Khalq members, political prisoners and others that would become known as “death commissions.”

Some who appeared were asked to identify themselves. Those who responded “mujahedeen” were sent to their deaths, while others were questioned about their willingness to “clear minefields for the army of the Islamic Republic,” according to a 1990 Amnesty report.

International rights groups estimate as many as 5,000 people were executed, while the Mujahedeen-e-Khalq puts the number at 30,000.

Iran has never fully acknowledged the executions, apparently carried out on Khomeini’s orders, though some argue that other top officials were effectively in charge in the months before his 1989 death.

Sadr said evidence that has since come to light, including a posthumously released recording by Grand Ayatollah Hossein Ali Montazeri, shows Iran had plans to execute prisoners years in advance and merely used the Mujahedeen-e-Khalq attack as an excuse.

“It’s very important for the families to see some sort of truth and justice after three decades,” she said.

Why Trump and Netanyahu are right on Iran