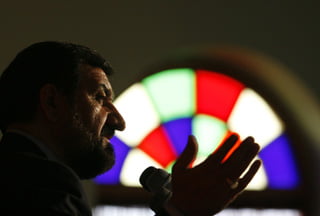 Principlist hopeful Mohsen Rezaei says Iranian government echelons have become ignorant of economic matters by focusing too much on politics.
Rezaei, a former IRGC commander who is a current member of Iran’s Expediency Council, said the economy has taken a backseat to political issues in recent years.”Economy has often been a stranger to our government leader,” said Rezaei on Wednesday. “Much of their economic knowledge is gained through their economic advisers and experts.”

Rezaei said Iran’s investment growth — which is an important benchmark for measuring the country’s economic performances — has reached an all-time low of four percent in the past four years.

He said that the sudden nosedive in the country’s investment growth has led to mass unemployment and a galloping inflation.

Rezaei, who holds a PhD in economics, has promised to soothe Iran’s financial woes by creating “nine federal economic zones”.

He said he will also establish a supervision mechanism through a ‘shadow government’, which would be comprised of a board of elites in various fields.

The supervision mechanism, which would work parallel to the government, would monitor the activities of the government and provide consultations on the country’s crucial issues.

Rezaei will make his first attempt for presidency when votes go to polls this coming Friday.

Iran’s Presidential election, which is the tenth since the establishment of the Islamic Republic in the 1979, will take place on June 12.

On 3rd of January a news spread in social media regarding Qasem Soleimani and AbuMahdi Mohandes who has died by a US drone strike near Baghdad Airport and this was the end of their lives. In social media, especially Iranian users, there was a chaotic situation, some called of “the general of... END_OF_DOCUMENT_TOKEN_TO_BE_REPLACED