Posted By: crazydeadon: May 25, 2011In: Executions, Human Rights
Print Email 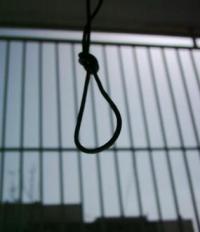 The International Campaign for Human Rights in Iran says 70 people have been executed at Vakilabad Prison in Mashhad in the past two and half months.

According to the reports the prisoners, charged with drug crimes, have been executed en masse and in secret.

Since last September there have been several reports of secret executions at Vakilabad Prison in the northeastern city of Mashhad.

The report adds that there is no prior notification to prisoners or defence lawyers when the Supreme Court has approved an execution.

There has been a surge in the number of executions in Iran in the past months.

Ban Ki-moon, the UN Secretary General, has expressed grave concern over the rising number of hangings in Iran and noted the disturbing nature of the news coming from Vakilabad Prison.

Iran is second only to China in the number of executions per year, but international human rights organizations maintain that relative to their populations, Iran could actually be considered the country with the highest annual execution rate.