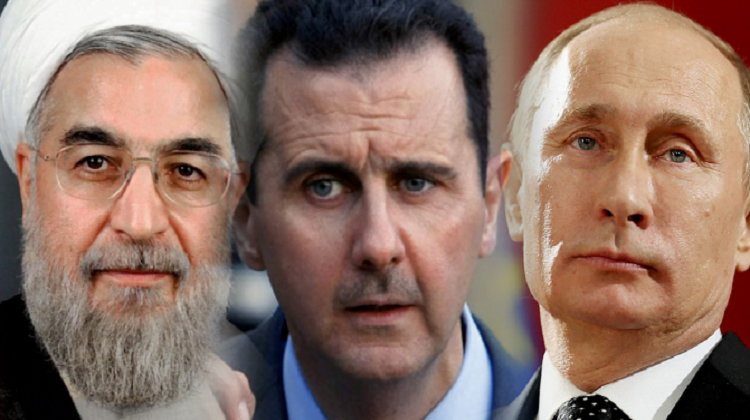 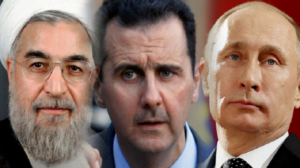 Russia and Iran have expended massive resources to carve out their own long-term spheres of influence in Syria and throughout the broader region.
Russia has provided crucial air support to help Assad beat back the rebels, while in the process contributing to atrocities and war crimes by relentlessly bombing medical facilities and other civilian installations.
The chances for periodic conflict between local forces associated with Iran and Russia remain elevated in the near-term.
It appears definitive to most observers of the Syrian civil war that dictator Bashar al-Assad will remain in power, due in no small part to the support of his Russian and Iranian allies. The backing of Putin and Khamenei has fortified the Assad regime by providing troops, weapons, and training throughout critical periods in the conflict. But the assistance offered by Moscow and Tehran is not without strings. Indeed, both will seek repayment in the form of military bases, weapons sales, and access to Syrian territory for logistics and forward defense. There are is also an implicit understanding that Russia and Iran will gain access to valuable contracts for rebuilding the country’s infrastructure and energy sector.

The relationship between Russia and Iran is based on pragmatism, some overlapping interests, and a shared antipathy toward the U.S. The alliance is perhaps best summed up by recalling the popular adage: ‘the enemy of my enemy is my friend.’ Keeping a leash on Washington and the West’s influence in Syria remains a top priority for Assad’s supporters. For Iran, Syria represents a base of influence outside its borders and presents Tehran with the possibility of fulfilling its long sought after land bridge across the region. Russia, a long-time supporter of Syria, is determined to keep and expand its Mediterranean naval presence in Tartus. Even though Russia and Iran have expended significant resources fighting in Syria, the conflict has also provided each country with the opportunity to train together, as well as with Lebanese Hezbollah, and offer their respective militaries a real-world battlefield laboratory to innovate and deploy new weapons systems, including drones.