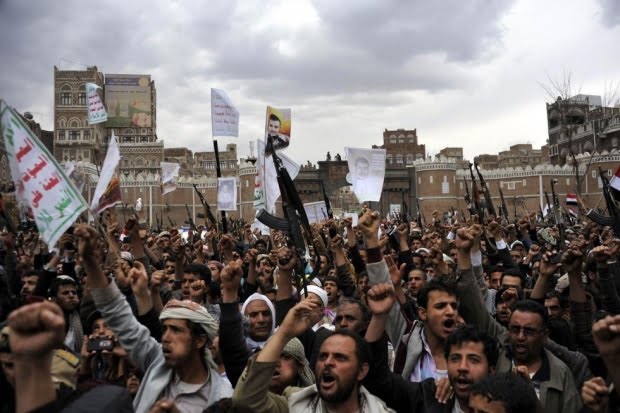 The surprise decision of Yemen’s slain former leader, Ali Abdullah Saleh, to reach out to Saudi Arabia, was widely interpreted as heralding a major shift in the Yemen conflict.

Saleh’s reported death comes on the heels of intensifying clashes in the capital Sanaa between the Ansar Allah movement(popularly known as the “Houthis”) and forces loyal to Yemen’s former strongman. The fierce in-fighting in Sanaa – coupled with a stepped up Saudi air campaign against ostensibly Houthi targets in the city – helped to precipitate a complete breakdown in the Houthi-Saleh alliance.

The Saleh connection
Saleh’s reported death – allegedly as a result of fighting with Houthi militias – renders the end of the alliance all but inevitable. Whilst this development does not necessarily translate to a Saudi victory, at minimum it deals a major blow to Iran’s effort at defeating Saudi goals in Yemen.

In fact, the growing isolation of the Houthis, with social media accounts showing popular anger against their rule, throws Iran’s entire Yemen strategy into question. Absent a viable political alternative to the one proposed by the Saudi-led coalition, Iran does not have a sustainable Yemeni strategy.

In the light of Saleh’s ill-fated alliance with the Houthis, his difficult relationship with Iran has all but been forgotten. It is worth remembering that the slain Yemeni leader was a bête noire of the Islamic Republic for more than two decades.

Saleh was a strong ally of Baathist Iraq and lent Saddam Hussein significant rhetorical and practical support during the Iran-Iraq war. Indeed, Yemenis acting in both ideological and mercenary capacities, fought against Iranian troops throughout the war.

Following the war’s end, Saleh’s continuing support for Iraq’s strategic ambitions, notably his highly controversial decision to support the Iraqi invasion of Kuwait in 1990, was a source of concern for Tehran.

More recently, Saleh’s decision to crack down on the Houthis in 2004, thus sparking a series of Houthi-led insurgencies in the northern Saada province, was treated as a challenge by Iran in so far as it weakened a potential ally.

Saleh’s military and political support
Whilst the origins of Iran’s partnership with the Houthis is not entirely clear, it is more than likely contacts were made early in the 1990s, when the Houthis first emerged as a social and cultural force in Yemen’s northern extremity. From Iran’s perspective, the Houthi’s geographical proximity to Saudi Arabia made them hard to ignore.

Ironically Saleh prosecuted the successive wars against the Houthis in part on the same premise as the one adopted by the Saudi-led coalition, namely that the Ansar Allah movement represents a “proto-Hezbollah” and thus an extension of Iran.

It was against this backdrop that Iran supported the 2011 Yemeni uprising, in addition to a strongly held perception in Tehran that Saleh was supported by Saudi Arabia as part of a broader strategy to contain the influence of the so-called Arab Spring on the Arabian Peninsula.

UK to UN: Appoint a special investigator for Iran

Iran’s revolutionary guards round up ‘homosexuals and satanists’