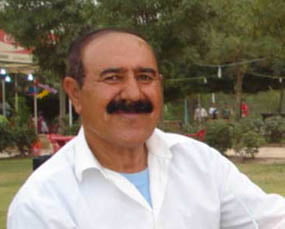 (Jaras) While Rahim Rashi has been on hunger strike for civil rights for 17 days, he is still at the Revolutionary Guards’ Intelligence Office’s jail in Urumiyeh. Besides the danger to his health, he faces new restrictions that have been put in place to apply more pressure on him.

According to a Horana report, Rahim Rashi is 57 years old and from the city of Mahabad. While he has been on hunger strike for 17 days, the people in charge at the Guards’ Intelligence Office have prohibited him from seeing his family.