Posted By: on: September 29, 2013In: IRGC Military Branches, Quds Force, Who is WHO in IRGC
Print Email

An Iranian agent was sent to Israel to set up a base for Iranian intelligence and terrorism networks, security forces announced on Sunday.

The Shin Bet [Israel Security Agency] said the 55-year-old suspect had been recruited by Iran’s Qods Force, the extraterritorial unit responsible for special operations, terrorism, and subversion, and run by the Iranian Revolutionary Guards Corps (IRGC). 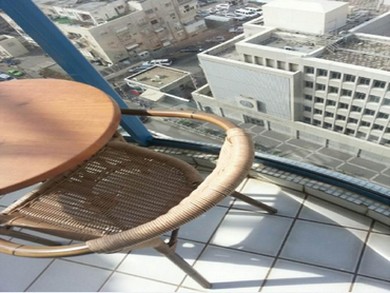 The suspect was found with photographs of the US embassy in Israel.

“During questioning, the suspect, Ali Mansouri, described entering Israel under a Belgian identity using the alias Alex Mans, as well as his recruitment and activation process by Iranian intelligence elements,” the Shin Bet said.

Mansouri is a Belgian citizen, and a businessman of Iranian origin, who was instructed to arrive in Israel and set up a business network that would serve as a covert base of operations for the Iranian regime to act against Israeli and Western interests, the investigation revealed.

Iran offered him a million dollars in exchange for his activities.

Mansouri answered directly to the Qods Force, which is led by Khamed Abdallahi and Majid Alawi, both of whom are subordinate to the unit’s notorious commander, Qassem Suleimani, the Shin Bet added.

“This special operations unit is tasked with, among other things, carrying out terror attacks against Israel – both abroad and in Israel – and against other targets that Iran works against in the West and Middle East,” it said.

He visited Israel on three separate occasions, and attempted to forge links with business owners in Tel Aviv. The suspect was arrested by the Shin Bet and the Israel Police’s National Unit for the Investigation of International Crimes at Ben-Gurion Airport as he tried to board a flight from Israel to a European destination on the evening of September 11. 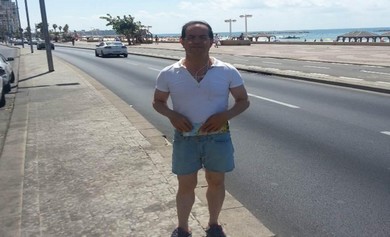 The Shin Bet suspects that Mansouri was building up a business network as a front for an extensive Iranian intelligence and terrorism network in Israel.

It provided a detailed biography of the suspect’s life. Born in Iran in 1958, Mansouri lived in the Islamic Republic  until 1980, before moving to Turkey, where he stayed until 1997. It was then that he entered the world of business, and received a visa that allowed him to reside in Belgium.

A decade later, in 2006, Mansouri received Belgian citizenship, and changed his name to Alex Mans to cover up his Iranian identity, the investigation revealed.

In 2007, he returned to Iran, from where he tried to broaden his business activities in the three countries he knew best, Iran, Belgium, and Turkey.

He continued to travel between the three states, married an Iranian woman (a second marriage), and allegedly drew the attention of Iranian intelligence recruiters due to his international business background.

Mansouri specialized in selling windows and roofing solutions to stores and restaurants, and attempted to sign supply contracts with potential customers in Tel Aviv. He presented himself as a Belgian businessman, and could refer others to websites and Facebook accounts that documented his business activities.

In 2012, the Qods Force asked him to work for them in Israel, the Shin Bet said.

He visited Israel in July 2012, Janauary 2013, and most recently, on September 6, a visit that ended in his arrest.

Security forces found in his possession many photographs of sites in Israel, some of which are of interest to Iranian intelligence agencies, such as the US embassy building in Tel Aviv. 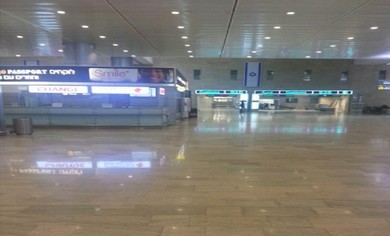 During questioning, Mansouri revealed information about his handlers, divulging information about Haji Mustafa, a senior Qods Force headquarters operative, who met with Mansouri and received updates about his missions in Israel, Hajai Hamid Na’amti, a liaison man, and Mahdi Hanababai, who guided Mansouri during his time in Israel.

Mansouri described how he was ordered by his handlers to cover up his visits to Iran, where he would fly to after his visits to Israel, for debriefings and receiving new instructions.

Public defense lawyers representing Mansouri said that their client is a Belgian businessman who is not motivated by any pro-Iranian agenda.

The attorneys, Michael Orkavi and Anat Yaari, said their client had been denied access to a lawyer for nine days. They added that a more complex picture exists than the one being presented by security forces, and that the full details would emerge in court after Mansouri is charged.

Israel views the Qods Force as being responsible for the terrorist attack on the vehicle of the wife of an Israeli diplomat in Delhi, India, in February 2012, which seriously injured the woman. During the same month, there were additional botched attacks attributed to the Qods Force on Israeli targets in Thailand and Georgia.

The Qods Force is also behind attempted attacks on Israeli targets in Azerbaijan, Kenya, and Nigeria that were foiled in recent years, security forces said.

An official traveling with Prime Minister Binyamin Netanyahu as he is set to meet with US Barack Obama in the US, said that the incident is further proof that Iran’s word can not be trusted.

“While the Iranian president sweet talks the West, the Ayatollah’s Revolutionary Guards continue in their attempts to hurt Western interests in the Middle East as is evidenced by the fact that the Iranian spy that was caught gathered intelligence on the US Embassy in Israel.”