Posted By: crazydeadon: May 20, 2013In: Arrests, Human Rights
Print Email 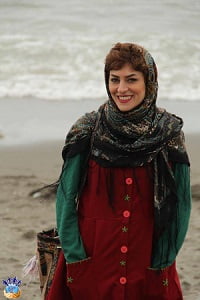 on May 1st (mother’s day). She was contacted by personnel from the judicial authority and required to present herself back at Evin prison today.

This member of CHRR was first granted temporary release on March 13 for the Nowruz holidays after enduring 184 days behind bars without furlough. She returned to Evin prison after one month.

On December 20, 2009, Shiva Nazarahri was arrested while she was on a bus with other activists intending to attend the funeral of the late dissident cleric Ayatollah Montazeri. She was handed a 4-year prison sentence and 74 lashes on the charges of “moharebeh” (enmity with God), “propaganda against the regime,” and “illegal gathering with the intent of disturbing national security.” She turned herself in at Evin prison to serve her prison sentence on September 8, 2012.

In the past days, a number of political prisoners who had been on furlough were summoned back to prison. Bahare Hedayat, women’s and student rights activist turned herself in at Evin prison to serve the remaining of her 9.5-year prison sentence. Journalists Masoud Bastani and Bahman Amouie were summoned back to Rajai Shahr prison and ordered to present themselves at the facility tomorrow. Both of their spouses, journalists Mahsa Amrabadi and Jila Baniyaghoub are held behind bars at Evin prison.

Unconfirmed reports indicate that all political prisoners who were on furlough have been summoned to return to prison. Ahmad Zeidabadi and Mehdi Mahmoudian are among those handed a summons by the judiciary with an order to return to prison in the next few days.

Trump has said freeing American prisoners abroad is a top priority. What about U.S. prisoners in Iran?

Iran’s presidential elections are all about the post-Khamenei era