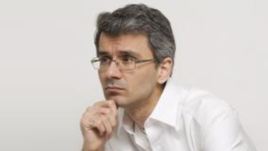 Mohammad Soleimani Nia, a social-media expert and Internet pioneer in Iran, has apparently been rearrested several weeks after being released on bail.

The 40-year-old Soleimani Nia was first arrested in January on unknown charges.

Before his arrest he had been interrogated by security officials, apparently about a

number of issues including his work and his Internet activities including the social-networking site u24 he had launched for Iranian professionals.

In prison, Soleimani Nia, who spent several weeks in solitary confinement, was reportedly under pressure to cooperate with the launch of Iran’s national internet. He was released in late May on bail of about $5,000, after going on a hunger strike for 28 days.

A source close to his family told “Persian Letters” that Soleimani Nia “disappeared” last week after being summoned to prison “to pick up his personal belongings” that had been confiscated in January.

Soleimani Nia answered the call. That was the last time his family heard from him.

The source, who did not want to be named, told RFE/RL that officials from Sections 209 and 350 of Evin prison, where Soleimani Nia was previously held, said that his name was not on the prison’s list.

The source said the family was very worried about his well-being.

However, Reza Moini from Reporters Without Borders says Soleimani Nia was rearrested following his release on May 22.

“He was summoned to the prison and held there, he apparently suspected that he might get rearrested,” Moini says. Without any doubt he hasn’t gone missing, he is now under the control of Evin prison authorities.”

“Soleimani Nia has been active online since the first years of the launch of the Internet in Iran. Based on our information a number of other people have been also arrested and pressured to work on the networks needed for the national internet,” Moini says.

He adds that the authorities in Iran “are after the knowledge of these people, in the case of Soleimani Nia, they’re interested in the professional social-networking site he had created.”

Iranian officials have been promising a national internet for several years without clearly defining the scope of it.

The source close to Soleimani Nia’s family said the security officials who had interrogated Soleimani Nia had asked him to give them access to his social-networking site. He had refused. The source added that the authorities shut down the popular networking site after he was jailed.

The source described Soleimani Nia as a nonpolitical techie who helped launch Internet sites for literary figures and poets. He is also the translator of “Funny in Farsi” by Iranian-American author Firouzeh Dumas.

IRGC Agrees with N. Talks, But Westerners Not Trustworthy