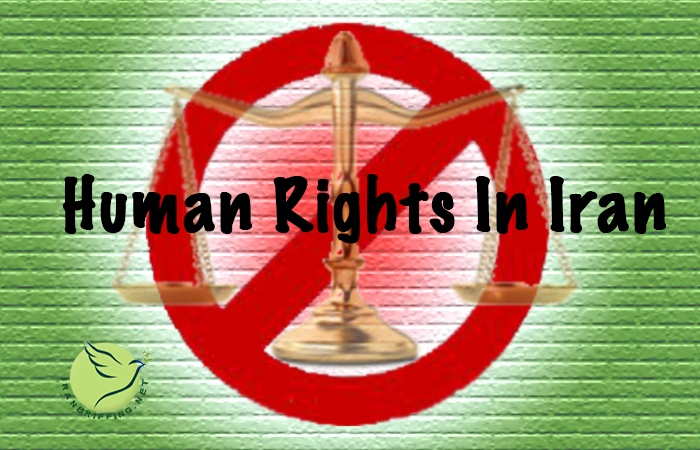 The Iranian government should stop detaining and harassing prominent rights lawyer Nasrin Sotoudeh, and allow her the right to peaceful dissent and assembly. Officials should also end their interference in the internal affairs of Iran’s bar association; the government and the association should ensure that no lawyer is disciplined for defending clients, and that disciplinary hearings are fair and independent.

Reza Khandan, Sotoudeh’s husband, told Human Rights Watch that on October 25, 2014, security forces arrested her and at least 10 others who attempted to gather peacefully in front of the Interior Ministry to protest a recent spate of acid attacks targeting women in the central city of Esfahan. Large demonstrations against the attacks began in Esfahan on October 22. 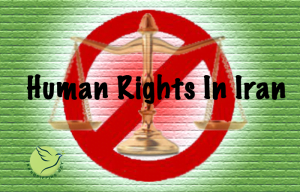 “The government’s well-documented harassment of Nasrin Sotoudeh, including her recent detention and previous unlawful conviction and imprisonment, suggests they are heavily invested in preventing her from doing her job as a lawyer,” said Eric Goldstein, deputy Middle East director at Human Rights Watch. “Harassing a respected lawyer who peacefully defends human rights only adds insult to injury after locking her up for defending her clients.”

Khandan said the group had initially gathered in front of the Iranian Bar Association in Tehran to protest its recent three-year ban on Sotoudeh from practicing law, but around noon attempted to join the demonstration in front of the Interior Ministry. Authorities released the others shortly after their arrest, but transferred Sotoudeh to an Intelligence Ministry detention facility in Tehran, where they kept her for approximately seven hours, Sotoudheh told Human Rights Watch after her release. She said that during her detention security agents once threatened to charge her with the crime of moharebeh, or “enmity against God,” which can carry the death penalty, and attempted to forcibly blindfold her but she resisted.

Since large-scale protests began against the acid-throwing attacks, security forces have arrested and detained dozens of demonstrators in Esfahan and Tehran, including a cameraman working for the semi-official Iranian Students News Agency who was covering the protests. There have also been reports of police using teargas and batons to disperse protesters. The protesters have expressed sympathy for the victims and frustration at what they consider to be the authorities’ inadequate response to the attacks. On October 20, authorities announced they had arrested four people in connection with the attacks, but later released them for lack of evidence.

On October 18, the Iranian Bar Association’s disciplinary committee told Sotoudeh that it had revoked her law license because a revolutionary court convicted her on vague national security charges in 2011. The government and the bar association should ensure that all lawyers can continue to practice their profession freely without discrimination on the grounds of political opinion, nor should any lawyer be negatively affected or disciplined for practicing their profession and defending their clients, Human Rights Watch said.

Sotoudeh told Human Rights Watch that the Iranian Bar Association’s disciplinary board imposed the ban under pressure from security, intelligence, and judiciary officials. The September 2011 revolutionary court judgment, after an unfair trial, sentenced her to six years in prison and a 10-year ban on practicing law. She was freed without explanation on September 18, 2013. The national security charges on which she was imprisoned arose solely from her peaceful exercise of fundamental rights and zealous defense of her clients, who included many human rights activists.

Sotoudeh told Human Rights Watch that she appeared before the Iranian Bar Association’s disciplinary board on September 30, 2014, to defend herself against a complaint by the Tehran Prosecutor’s Office seeking to ban her from practicing law. In an interview with the semi-official Iranian Student’s News Agency, Sotoudeh said that bar association officials had “repeatedly told [her] that they are under pressure to suspend [her] law license,” and “went as far as suggesting that [she] turn in [her] license voluntary, which [she] refused.”

Security forces arrested Sotoudeh on September 4, 2010, and Branch 26 of Tehran’s Revolutionary Court sentenced her to 11 years in prison and banned her from practicing law for 20 years in January 2011. The charges against Sotoudeh included “acting against national security,” “propaganda against the state,” and “membership in the Center for Human Rights Defenders,” the group formed by the Nobel peace laureate Shirin Ebadi and other lawyers. On September 14, 2011, Branch 54 of Tehran’s Revolutionary Appeals Court reduced Sotoudeh’s sentence to six years and reduced the legal practice ban to 10 years. Authorities banned and then shut down the Center for Human Rights Defenders in 2008.

Sotoudeh told Human Rights Watch that she did not plan to appeal the disciplinary board’s decision because the case would go before a supervisory board consisting of government-appointed judges – members of the same judiciary that convicted and sentenced her unfairly – instead of a panel of lawyers and peers. Sotoudeh and other lawyers contend that only the Iranian Bar Association, not revolutionary courts, has the legal authority to ban lawyers from practicing law.

Although she will not appeal, Sotoudeh said, “I do, however, plan on exercising my civil rights and will conduct a sit in in front of the bar association to protest this decision.”

Prior to her October 25 arrest, Sotoudeh and supporters had regularly gathered in front of the bar association, since the morning of October 21, 2014, without incident or interference from the authorities. She joined separate protests in support of victims of acid attacks. As part of her protest in front of the bar association, Sotoudeh demands that officials remove legal restrictions and barriers that undermine the independence of the Iranian Bar Association and the ability of lawyers to defend political dissidents and others before Iran’s courts.

The first branch of the bar association’s disciplinary board on August 30 had rejected a complaint by the Tehran Prosecutor’s Office that sought to suspend her law license. Sotoudeh said she was surprised that the bar association seemed to reverse itself such a short time later by imposing the three-year ban.

Judiciary officials have curtailed the independence of the Iranian Bar Association by various means in recent years, such as barring lawyers from seeking senior positions based on their imputed political opinions and peaceful human rights activities. For example, in 2008, the judiciary disqualified Farideh Gheyrat, Mohammad Ali Dadkhah, and Abdolfattah Soltani – all members of the Center for Human Rights Defenders – as candidates for the association’s Central Board because of their activities as human rights defenders. The Comprehensive Bill on Lawyering and Attorneyship, a draft law before Iran’s parliament, would further curtail the Iranian Bar Association’s independence, giving the judiciary greater powers over regulating and disciplining members of the legal profession.

The erosion of the Iranian Bar Association’s independence has been accompanied by increased official action against human rights lawyers since 2005, particularly after the mass protests that followed the 2009 presidential election. In the past few years the judiciary has sentenced prominent rights lawyers such as Mohammad Seifzadeh, Soltani, and Dadkhah to lengthy prison terms on similar national security-related charges. Both the judiciary chief, Mohammad Ayatollah Sadegh Larijani, and Javad Larijani, the head of the Human Rights Council of the Judiciary, have publicly accused lawyers such as Sotoudeh of damaging the government’s reputation in interviews with Persian-language media outlets based abroad.

Several other well-known lawyers, including Ebadi, Mohammad Mostafaei, and Shadi Sadr, have left the country as a result of repeated arrests, detention, and harassment since 2009.

The UN Basic Principles on the Role of Lawyers provide that lawyers must be allowed to carry out their work “without intimidation, hindrance, harassment or improper interference.” The basic principles affirm the right of lawyers to freedom of expression, which article 19 of the International Covenant on Civil and Political Rights (ICCPR) also provides, including “the right to take part in public discussion of matters concerning the law, the administration of justice and the promotion and protection of human rights.” Iran has ratified the ICCPR and is bound by its provisions.

“Sotoudeh’s ban is an important test case in determining the independence of the legal profession in Iran and the future ability of rights lawyers to do their job,” Goldstein said. “If Iran’s security services and judiciary are allowed to bully the bar association into banning a prominent lawyer based on a wholly unfair conviction, there is little reason to believe they will stop there.”