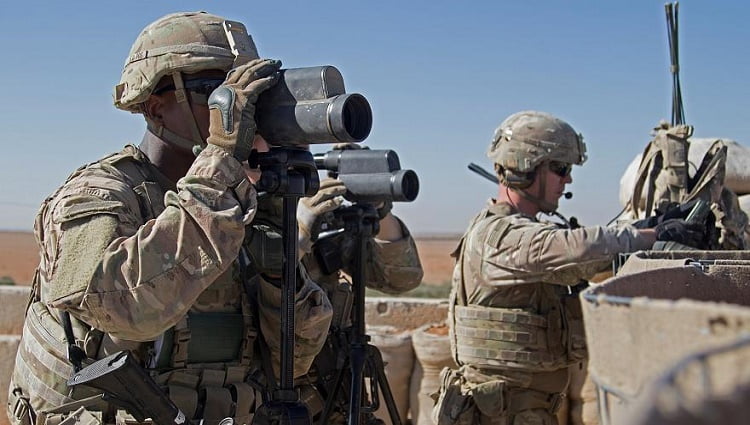 The Middle East has never been an area of great stability. Areas of lawlessness or lacking of governance have multiplied since the US invasion of Iraq and the disasters that followed. Unfortunately, we all know the dramatic consequences, not only for the region and its people but for the whole world.

Nobody seems to have explained to President Trump… that international politics is made up of precarious balances and that the US plays a major role in maintaining them.

Today, Iraq asserts itself as a free country, having conquered terrorism. After parliamentary elections in May, the country seems to have resumed a normal course. It’s almost miraculous.

Meanwhile, the unpredictable American president, not content with overturning the policy of his predecessor (Obama of course making his own mistakes in the region), pursues a foreign policy which ignores multilateralism (or rather, ignorant policies full stop).

President Trump does not want to be the policeman of the world, certainly, but in terms of the Middle East, he has become the deregulator-in-chief. In transferring the US embassy to Jerusalem, Trump showed not only how much he supports the Israeli prime minister, but also his contempt for international law and the Palestinian people’s rights. He did it without triggering many reactions or protests, using once more his ‘fait accompli’ strategy.

By deciding to withdraw the US from the Iran nuclear agreement and restoring sanctions, he reiterated his support – against all odds – to Saudi Arabia.

President Trump is beginning to look more and more like a sorcerer’s apprentice, waving his wand indiscriminately. How could he, for instance, allow some countries to trade with a demonised Iran while others are barred from doing so under pain of exorbitant sanctions? Meanwhile Europe, being totally unable to counter the extraterritoriality of US law, now seems content enough to just issue statements in search of an unattainable common policy.

Father of Jaild student activist: Non of the woman prisoners at Rajaii shahr prison has a good health