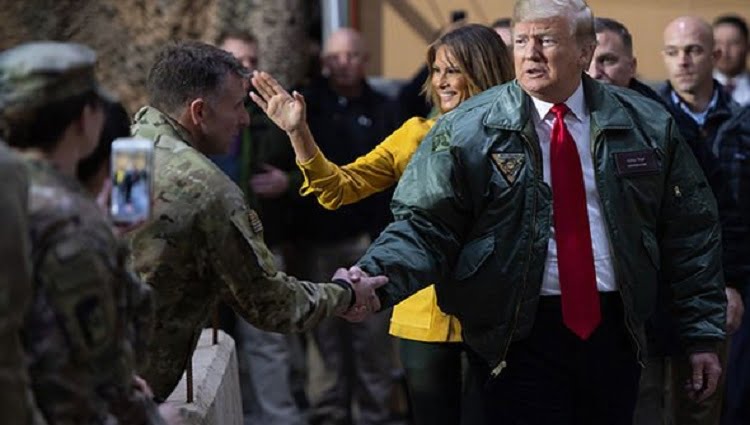 A SENIOR Republican senator has warned US President Donald Trump he risks “turning Syria over to Iran”, as well as boosting ISIS, by ordering a total US military pullout, vowing to make a personal plea to the US President to reconsider his decision.

Senator Lindsey Graham warned that removing all US forces would hurt US security by allowing the so-called Islamic Caliphate to rebuild, betray US-backed Kurdish fighters instrumental in the battle against the terrorist organisation, and enhance Iran’s ability to threaten Israel. The South Carolina Republican said he would ask Trump “to sit down with his generals and reconsider how to do this. Slow this down. Make sure we get it right. Make sure ISIS never comes back.

“Don’t turn Syria over to the Iranians.”

He told CNN: “I want to fight the war in the enemy’s backyard, not ours.”

Mr Graham praised Mr Trump, who visited US troops in Iraq last week, for announcing that a US force would remain there.

But he said ISIS, while holding only slivers of territory, remained a potent threat in northeastern Syria.
He said: “That’s why we need to keep some of our troops there.”

The Pentagon says it is considering plans for a “deliberate and controlled withdrawal.” One option, according to a person familiar with the discussions, is for a 120-day pullout period.

Despite running against him in 2016’s Republican Primaries which saw the brash billionaire win the nomination, Mr Graham, an influential lawmaker on national security policy who sits on the Senate Armed Services Committee, is an ally of Mr Trump, although he has opposed some of his foreign policy decisions.