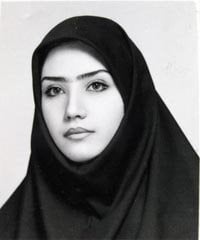 she was a young woman who was arrested by the iranian secret service on june 19 at the ghoba mosque in tehran. she was part of an “illegal” gathering of mourners waiting for presidential candidate mir hossein mousavi to speak about the martyrs of the post-election protests. in the process, she had become a martyr herself. a couple of days ago, her burnt corpse was found west of the city.

according to witnesses, taraneh was wearing make-up and western clothes and high-heeled shoes when she was taken for questioning. in addition, the fact that she bore the same name as the presidential candidate could have upset the interrogators even more and helped seal her doom.

female virginity is highly respected in the muslim world. under the sharia law, for example, if she is a virgin, a woman cannot be executed regardless of the severity of her crime. to circumvent this law, iranian authorities would have a prison guard legally marry the woman and have the marriage consummated on the eve of her execution.

taraneh, which means “song” in persian, must have suffered the same fate. worse, because of her beauty, she must have been singled out for special treatment. she must have been gang-raped by her torturers. it was reported that three weeks after her arrest, a woman matching her description was brought to a local hospital suffering from a ruptured womb and anus.

there was so much hope for the better when the shah of iran was toppled in 1979 and replaced by the islamic republic. but it proved to be illusory. through the years, the regime that took over after the shah, has become the mirror-image of its predecessor clinging to power through authoritarian rule and blatant disrespect of basic human rights.

how many more taraneh mousavis would have to die before the current crisis in iran is resolved? it’s not the change in the system that the iranian people clamor. rather, it’s a change in governance. those who are in power have lost their credibility and ability to govern.

taraneh mousavi died for her beliefs. in my eyes, she’ll remain a virgin worthy of my deepest respects.

On 3rd of January a news spread in social media regarding Qasem Soleimani and AbuMahdi Mohandes who has died by a US drone strike near Baghdad Airport and this was the end of their lives. In social media, especially Iranian users, there was a chaotic situation, some called of “the general of... END_OF_DOCUMENT_TOKEN_TO_BE_REPLACED