Tehran Still Hiding Its Crime on the Ukrainian Flight PS752 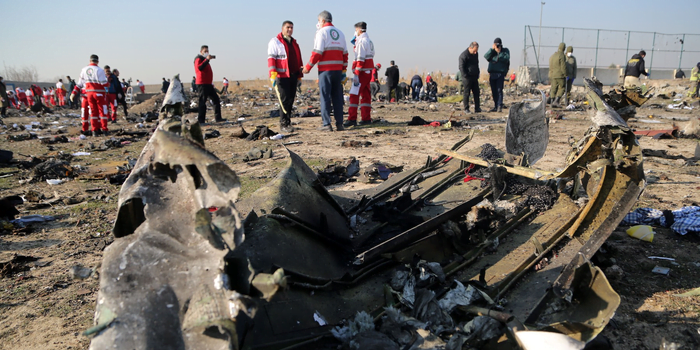 The passenger flight with 176 passengers was shot down by the regime’s Revolutionary Guards (IRGC) shortly after its takeoff from the Tehran Khomeini airport. All the 176 passengers and the crew were killed.

The Iranian government initially denied responsibility for the airplane’s destruction, but evidence showed that the regime had a decision to shoot down this airplane. And one of the most decisive pieces of evidence is the regime’s disregard to take any responsibility or be liable for this crime.

Previously the regime because of the huge international pressure and the struggle of the family members of the victims implemented a fake trial for the so-called culprits, without any result, to save the main perpetrators who are the regime’s heads.

In this regard, the Ukrainian website Ukrinform on December 23, 2021, about the regime’s rejection to cooperate with the countries of the victims wrote:

“Iran has not provided Ukraine access to the names and official positions of those accused in the case of the downing of the Ukraine International Airlines Flight 752 near Tehran.

“According to the Office of the Prosecutor General: ‘The names and positions of the accused and the actions of each of them are being thoroughly concealed. However, I’d like to assure you that we are moving forward in our criminal proceedings. And we are not alone in this fight for justice. Canada, Britain, and Sweden are our reliable partners in both the intergovernmental process and the criminal bloc of issues,” said Deputy Prosecutor General Maksym Yakubovsky, who met with relatives of the victims on the eve of the second anniversary of the PS752 crash to brief them on the progress in a pre-trial investigation.’”