The Best Government from Constitutional Revolution to Date! 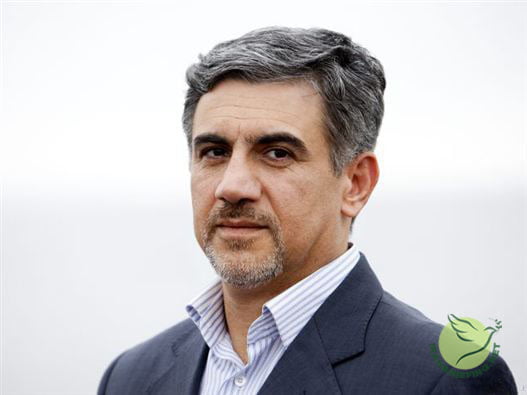 Translation by “Iran Briefing”:
Farsi Version
Hossein Alizadeh (46) former iran’s charge d’affairs in Helsinki,  was a career diplomat in the Iranian Foreign Ministry for 22 years. In protest to Islamic Republic repressive treatment to its innocent people, he resigned form his career  in September 2010 declaring his support for Iran’s Green Movement. He received a master’s degree in International Relations from the School of the Iranian Foreign Ministry. Alizadeh has published many books and articles before and after his defection. He speaks Persian, English and Arabic fluently.He  has recently written an open letter to the UN Human Rights Rapporteur in iran evaluating the Islamic Republic’s refusal to allow the Rapporteur enter Iran’s territory as an evidence on horrible and wide spread violation of human rights in Iran.His contact information is: [email protected]

Introduction:
Iranian parliament, popularly known as Majlis, has recently given an overwhelming vote of confidence to Ahmadinejad’s nominees. There have been reports of changes in Ahmadinejad’s cabinet before. Some of his ministers left and resigned from their posts in the cabinet out of their own will, some were impeached by the parliament and some were sacked by Ahmadinejad himself. Those who resigned later sided with the opposition and opponents of Ahmadinejad’s government, those who were impeached by the parliament were regarded as unable to run the under-their-helm ministries’ affairs and those who were sacked by Ahmadinejad were deemed to have been lacking general and essential requirements for the position they were holding.

A cursory glance at the changes that have taken place in both Ahmadinejad’s government (resignation, impeachment and dismissal) makes one ask if Ahmadinejad is as thoughtful manager as required by the Iranian constitution. Does he possess real management abilities as emphasized by the Iranian constitution to run the country?  Can such a government be called a competent one as it is defined by science of management? If not, what is the extent of the losses Iran has so far sustained due to his mismanagement?

This paper attempts to focus on the extent of instability at a ministerial level in both Ahmadinejad’s governments, and it does not go beyond that. Changes at the mid-managerial levels (banks, governor generals, government offices, etc.) and the extent of the losses that Iran has sustained need to be studied separately and more comprehensively .

The Science of Management and the Best Government since Constitutional Revolution
Ahmadinejad’s government was once lauded by the supreme leader of Iran, Ali Khamenei, as being the best one Iran has ever seen since the 1905 constitutional revolution.  Such a government must naturally possess competent, sustainable and exemplary management abilities. Are they really the best governments Iran has so far seen as claimed by Iran’s supreme leader? Such claims can be easily tested through the available statistics.

Management is defined as proficient and effective use of human and material resources and organizing such resources in a way which makes it possible to achieve predetermined goals.
Whatever the Islamic Republic’s goals, has Ahmadinejad left a successful record in using such resources? To answer the question, this study investigates the changes taken place at a ministerial level in Ahmadinejad’s ninth and tenth governments.

Oil Ministry with Four Ministers
The oil ministry as a body which covers more than 80% of Iran’s annual revenue is highly significant. A hasty scrutiny of what happened during this period reveals the extent of catastrophe in the oil ministry. At the beginning of the Ahmadinejad’s presidency, three of his nominees (Mahsouli, Ali Saeidlou and Mohsen Tahassoli) were not even qualified to be given vote of confidence by Iranian parliament.

It is interesting to know that it happened for the first time after the revolution that the parliament did not give vote of confidence to all the candidates introduced by the president (Ashari, Ali Ahmadi, Hashemi and Saeidlou who were respectively nominated for education, cooperation, social welfare and oil ministries failed to survive vote of confidence by the Iranian MPs).  Due to the delay in introducing the oil minister, the oil ministry was left without the minister for six consecutive months, and many of the contracts were left void as a result.  At the end ,Mohammad Kazemi Vaziri Hamaneh, caretaker of the oil ministry, who was known to be among the most capable managers in oil industry, was reluctantly introduced by Ahmadinejad to the parliament and was able to survive vote of confidence.

Ironically his rule over the oil ministry brought to an end in July 2007 after only one and half years, and he was sacked by Ahmadinejad due to his insistence on keeping the real identity of oil industry. Hamaneh was succeeded by Gholam Hossein Nozari who had promised to increase Iran’s crude oil production from 4.2 million barrels a day in 2007 to 4.5 million barrels a day in 2009. However, he not only didn’t succeed to meet his promise in 2009, but Iran’s oil production fell sharply while he was the oil minister.

In the tenth government, Nozari failed to complete his term and he was replaced by Masoud Mir Kazemi, surviving a vote of confidence by the Iranian MPs and becoming the third oil minister who took the helm of the oil ministry.  Amazingly he was not able to stay in his post  for more than two years and was replaced with a revolutionary guard member, brigadier general Rostam Ghasemi, who recently became Ahmadinejad’s fourth oil minister. Each of the mentioned ministers to date has been able to lead the oil ministry for two years on average, should no other change takes place in the remaining time of Ahmadinejad’ second term.

During Ahmadinejad’s six years of presidency, seven candidates have been introduced to the parliament where only four of them have been able to survive vote of confidence (Hamaneh, Nozari, Kazemi and Ghasemi).  That is obvious to everyone that instability and uncertainty at a ministerial level of such a moneymaking ministry will be unmistakably followed by disorder and instability at lower levels which itself needs to be dealt with in another study.

Interestingly, only two out of the seven nominees were familiar with the oil industry, and the rest previously had nothing to do with oil and oil industry. More interesting is that three of the nominees were basically members of the Islamic Republic Revolutionary Guards (IRGC) who were conspicuously favored by Ahmadinejad.

Statistical Investigation on Changes in Ahmadinejad’s  Ninth and Tenth Governments
A: Number of Ministers in Each Ministry

B: the Number of changes (ministers and vice presidents) during 6 years of Ahmadinejad presidency is as below:
Sacked Ministers: 27
Resigned Ministers:  2 (Davoud Danesh Jafari, minister of finance and economic affairs, and Alireza Tahmasebi, minister of industry and mines)
Impeached Ministers: 2 (Ali Kordan and Hamid Behbahani)

NOTES:
During the 6 years of Ahmadinejad’s presidency, no ministry was left untouched, and the only one who has remained intact in both Ahmadinejad’s governments is Ahmadinejad himself. Although changing the cabinet ministers is a commonplace practice in every country, 31 changes at the ministerial level during 6 years indicate the extent of mismanagement.
Ironically 27 of the ministers were fired by Ahmadinejad himself, and in some cases, like the dismissal of Mottaki and Ejei, they became highly contentious.
A comparison between Ahmadineja’s cabinets and those of his predecessors will provide a better picture of what I have so far discussed,
Number of changes during 8 years of Khatami’s presidency: 14
Number of changes during 8 years of Rafsanjani’s presidency: 11
Number of changes in the governments of Mir Hossein Mousavi: 16

Conclusion
The only conclusion which can be drawn from what we have so far discussed is that the supreme leader’s claim in calling the Ahmadinejad’s governments the best ones Iran has ever seen since the constitutional revolution is a hollow one.  How can a government with such contentious changes be called the best one since the constitutional revolution? The scale of corruption in Ahmadinejad’s government has even angered the parliament. Had it not been for the interference and unwavering support of the supreme leader, Iranian parliament would have impeached not only many of cabinet ministers but the president himself. Apart from statistics concerning the low economic growth rate, and increases in unemployment, likewise there must be all-out study on all aspects of Ahmadinejad’s governance, so that we may have a clearer picture of the losses Iran has sustained so far.
What we have discussed here doesn’t necessarily mean that nothing wrong had been happening before Ahmadinejad. But it is rather a call on the supreme leader of Iran to review his position and his claim in describing Ahmadinejad’s governments the best ones since constitutional revolution to date.