BREAKING NEWS
GMT+2 12:29
Home Politics The Iraqi people are rising up against Iran 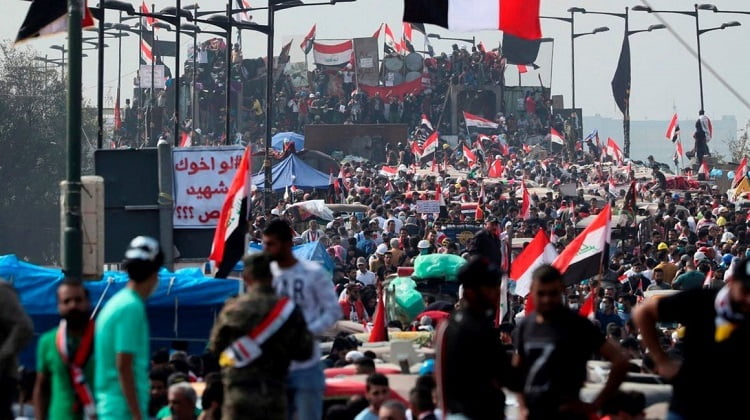 Since the US-led invasion of Iraq, and the overthrow of Saddam Hussein’s despotic Baathist regime, violent unrest has never been far from the surface of Iraqi daily life. But the protests now sweeping a host of southern Iraqi cities, with the eye of the storm in the capital Baghdad, are different to those that have gone before. 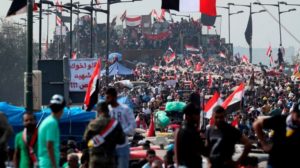 Not in basic aspirations, perhaps. Those now out on the streets in southern Iraq are calling for many of the same things that those who protested in northern Iraq in 2012-13 called for: jobs, an end to political corruption, investment in Iraq’s war-ravaged public infrastructure, and the cessation of Iranian interference in Iraqi affairs.

And they do not really differ in the brutality of the Iraqi state’s response to them. In the protests seven years ago, over 200 people were killed and many more were injured. This time, the security forces have so far killed over 300 people and injured an estimated 15,000. The state’s response to protest has once again been brutal and ruthless.

No, what’s different this time is who is doing the protesting. Ever since 2003, the source of unrest, and sometimes violence, was principally to be found among Iraq’s Sunni minority. And for good reason. Iraqi Sunnis, having prospered under the Baathist regime, had been disenfranchised by the post-Saddam political settlement, and actively discriminated against by a Shia-dominated officialdom. Their situation was fertile ground for both protest and, far worse, al-Qaeda and ISIS-style jihadism, which was directed against what they saw as their Iranian-backed Shia oppressors.

But the protests this time have not sprung up in Sunni-dominated Fallujah. They have erupted in Baghdad, among Shia Muslims. They have erupted among those from whom the post-Saddam Iraqi state has tried to derive support and legitimacy. They have erupted, just as in Lebanon, among those to whom the Iraqi state’s principal backer, the Islamic Republic of Iran, has always sought to appeal. Indeed, for all the protesters’ demands for an end to corruption and the provision of basic amenities, what has been particularly striking has been their animosity towards Iranian interference in Iraqi public life.

Iran Accelerates Crackdown on Media and Dissidents Prior to Election

Mousavi and Rahnavard are prevented from any telephone contact or meeting