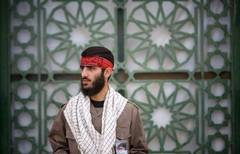 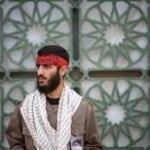 A member of Iran’s Basij militia

Established in the aftermath of the 1979 Islamic Revolution to defend the Islamic Republic against domestic and foreign threats, Iran’s Revolutionary Guard Corps (IRGC) has been accused of playing a decisive role in the re-election of the incumbent President, Mahmoud Ahmadinejad (Fars News Agency, June 12; Etemad Meli, July 7).  Together with the Basij, a volunteer militia force charged with the task of internal security and suppression of anti-government demonstrations, the IRGC’s role in the June 12 presidential election and its aftermath has largely consisted of campaign activities, the organization of rallies for the president, monitoring the elections and conducting crackdowns on anti-government demonstrations (Fars News Agency, May 30; June 6).  While the highest authority in the country continues to be the Supreme Leader, Ayatollah Ali Khameini, the June 12 election marks a new stage in the paramilitary’s emergence as a major political force within Iran’s theocracy, entailing a shift in the balance of power towards the Militant Right faction within the conservative establishment.

It was during the 2001 re-election of reformist president Mohammad Khatami that the IRGC began to emerge into Iranian politics. This development followed the growth of a tense rivalry between reformers and conservatives in the late 1990s. The re-election of Khatami and the rise of the reformists posed a major threat to the institutionally-based military forces, such as the Guard and the Basij.  During the 2004 parliamentary elections, the conservative Guardian Council for the first time approved the candidacy of a number of former Guard officers. In many ways, the politicization of the IRGC was seen by the reformists as a strategic attempt to bring a “security” mindset to the Iranian legislative branches, a strategy that included the disqualification of a large number of reformist candidates by the Guardian Council. [1]

The political dominance of the Revolutionary Guards became manifest with the victory of the hardliner Ahmadinejad in the 2005 presidential election, when a number of former officers with close ties to the paramilitary force were assigned to the new administration. Between 2005 and 2008, the IRGC grew in both economic and political influence, with key figures present in the government, including key posts in the Interior Ministry, which is officially in charge of overseeing elections. Moreover, the IRGC gained the full support of the Supreme Leader, who has increasingly become reliant on the paramilitary force to control internal pressure for reforms.

Not Just a Military Force

The second phase of the entry of the Guard into politics came during the 2008 parliamentary elections, when the Supreme Leader appointed Ali Reza Afshar, an ex-IRGC serviceman, to oversee the elections. The appointment marked an unprecedented development in the history of the Islamic Republic, since for the first time elections came under the direct supervision of a former military officer who would be accountable only to the Supreme Leader. The appointment of Afshar followed the bellicose remarks of a number of Revolutionary Guard commanders, who argued aggressively that it would be blasphemy to view the IRGC and Basij as merely military forces, having no involvement in the politics of the country (Mizan, November 21, 2007). [2] Despite opposition from a number of reformist and pragmatic politicians, like Ayatollah Hashemi Rafsanjani, against the entry of the Guard and the Basij into politics, the Supreme Leader continued with his push to qualify more former officers to run for the parliament (Etemad, December 2, 2007; Iran Student News Agency [ISNA], December 31, 2007). By spring 2008, the hardliners, most of whom are former Guard or Basij officers, dominated not only the parliament but also the new administration.

In summer 2008, however, a major transformation occurred within the IRGC’s command, which many reformists believe laid the grounds for an “electoral coup” in the 2009 presidential elections. The new command apparatus included a number of important hardline figures closely connected with the Supreme Leader (such as Mohammad Hejazi and Jafar Assadi) in senior positions in the Guard’s 31 new command units (Islamic Republic News Agency [IRNA], June 16, 2009).  Hojjatoleslam Hussain Taeb was appointed to lead the new Basij force, now an integrated unit within the IRGC. The new commanders can be described as major Khameini loyalists, ideologically close to a number of former officers now serving in parliament and the president’s administration.

The reshuffling of the IRGC’s command highlights the consolidation of a hard-line faction within the paramilitary unit. To many dissidents, these promotions were seen as an attempt by the Supreme Leader to cement loyalty within the IRGC and stifle opposition against the president, seen by many middle-ranking and pro-reform commanders as too erratic and unfit for the office. The promotion of hardline officers sent a powerful message to the opposition working within Iran’s civil society, at that time anticipating the 2009 elections. Aimed at evoking fear in the minds of dissidents, the Guard accordingly displayed its readiness to confront its domestic and foreign foes by conducting a number of military exercises in the Persian Gulf and in Iran’s border provinces (see Terrorism Focus, July 23, 2008).

The Political Emergence of the Basij

Units of Iran’s Basij, a lightly-armed volunteer militia under the command of the IRGC and the Supreme Leader, emerged to play a more important role in the practical aspects of the recent election. Just weeks prior to June 12, the Basij became directly involved in the pro-Ahmadinejad political campaign around the country (the president is a well-known veteran and patron of the Basij). With campaign headquarters in major cities, young Basijis recruited through summer camp programs organized rallies for the incumbent president. [3] Days before the election, Ahmadinejad’s Basiji campaigners organized their largest rally at a massive public place (Mossalai-e Imam) in Tehran. The organizers mobilized supporters from other Basij bases set up in the cities and villages around the capital city, creating the largest pro-Ahmadinejad rally in the pre-election period. During the election, the Basiji forces were present at the voting stations, at times appearing to intimidate some of the younger voters who seemed to favor the reformist candidate, Mir-Hussain Mousavi. [4]

On the campaigning level, the IRGC continued to advance its political influence through propaganda. Some weeks prior to the elections, units of the Guard and some of its leading commanders began a negative campaign against Mousavi and his supporters that continues to this day (Tabnak, July 7). Drawing similarities with the “Velvet Revolution” in Czechoslovakia, the Mousavi supporters were branded as “green anti-revolutionaries.” After the elections, Mousavi was described as a “traitor” for challenging the legitimacy of the elections by the Supreme Leader’s representative in the IRGC, Abul-Ghasem Alizadeh (Fars News Agency, June 12; Tabnak, July 9). When pro-Mousavi demonstrators stormed into the streets of major cities around the country protesting the election results, the IRGC began to organize major pro-Ahmadinejad rallies televised by state TV (Fars News Agency, June 16).

The most controversial aspect of the IRGC’s involvement in the electoral process lays in the actual vote counts. Some opposition activists believe that many ballots were never counted and the computer system, set up by the intelligence units of the IRGC, contributed a number of votes in favor of Ahmadinejad. The reality, however, might be somewhat more complicated and less conspiratorially determined. What remains certain is the security role the Guard played in crushing the post-election protest movement. Deploying 30% of its forces, plus the Basij militants, the Revolutionary Guards actively participated in both intelligence and anti-riot tactical operations to crush the demonstrations (Tabnak, July 5). The role of the intelligence services was critical in this process, as hidden video surveillance helped the Revolutionary Guard detain a number of protestors, including those who used cell phones to record the events unfolding on the ground. [5] By early July, the IRGC proudly declared victory over a “foreign plot” to topple the regime (Tabnak, July 5).

Opposition groups and dissidents, including the defeated reformist candidate Mousavi, view the above declaration as the latest attempt by IRGC-Basij forces, together with the intelligence-security apparatus, to reshape the Islamic Republic into a military junta. The Guard is now perceived as the main political force within the theocratic establishment, remapping its factional political landscape into a new military oligarchy. It remains to be seen how the opposition will eventually respond, but one development that has certainly shifted the Iranian political scene is the growing might of the Revolutionary Guard. One of the most important implications of this development is the consolidation of a military state that can be described as a theocracy only in name. But a more important implication is the impact of the post-election period on regional security, as many of Iran’s neighbors, particularly the Persian Gulf states, would perceive the rise of such a junta state as a major threat to their national security. What may have begun as an Iranian internal conflict could eventually lead to a major regional crisis.

1. This observation and many others in this article are based on extensive interviews carried out in Tehran between June 5 and June 18, 2009. For reasons of personal safety in current conditions, the names of those interviewed have been withheld by request.

2. Such statements contradicted Ayatollah Khomeini’s last will, which stated that not only the Revolutionary Guard but also the entire armed forces should refrain from political activities, thus maintaining a separation between the civilian and military spheres. See Ruhollah M. Khomeini, The Last Message: The Political and Divine Will of His Holiness Imam Khomeini: www.irna.ir/occasion/ertehal/english/wil/lmnew1.htm.