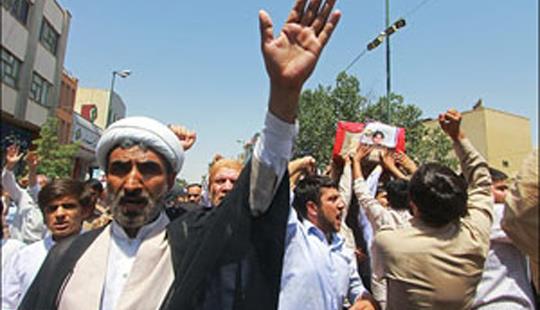 NCRI – A third member of the Iranian regime Revolutionary Guard has been killed in fighting in the Iraqi city of Samera, the Iranian state-run media has reported.

Kamal Shirkhani was killed on Saturday in recent fighting with Iraqi militants.

IISS analysts said serial numbers on the Russian-built aircraft from Iran, seen on a video produced by the Iraqi Ministry of Defense, correspond with numbers known to be part of the Iranian regime’s air force.

Meanwhile, a citizen of Pakistan who was killed in Iraq was buried last week in Iranian city of Qum. Javid Hossein was leaving in Qum before being dispatched to Iraq by IRGC.

Iraqis Living In Fear Thanks To Iran-Fueled Violence