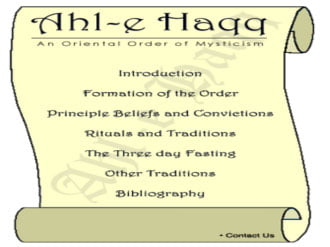 According to a report by Mukrian News Agency and sources close to these prisoners, Sahand Ali Mohammadi, Bakhash Ali Mohammadi and Abadollah Ghasamzadeh are on hunger strike to protest against being retried for unknown reasons.

These three political prisoners are residents of Uch-Tappeh Village located in Miandoab County, West Azerbaijan Province. During the clashes which took place in the city of Miandoab between Ahl-e Haqq followers and Iranian security forces in 2004, Sahand Ali Mohammadi, Bakhash Ali Mohammadi and Abadollah Ghasamzadeh were arrested, tried and sentenced to 13 years in prison. They were also exiled to Yazd Central Prison to serve their sentences.