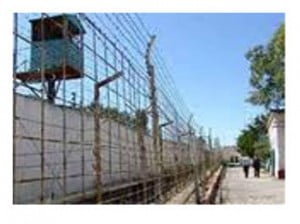 HRANA News Agency – Three political prisoners from the city of Sanandaj have been locked up in Rajai-Shahr Prison in Karaj for fifteen months without any formal charges. In this state of limbo, their future and fate remain uncertain.

According to a report by Mukrian News Agency, Arman Bahmani, Ramin Karami and Fakhrudin Azizi were arrested about fifteen months ago by Iranian security forces and transferred to Karaj’s Rajai-Shahr Prison. These three Kurdish citizens are originally from the city of Sanandaj in Kurdistan Province.

During the initial interrogarations, these three political prisoners were accused of cooperating with religious groups and organizations. However, no formal charges have been filed thus far.

Iranian fighter planes are in Iraq

We condemn cyber spying; catastrophe of the Islamic Regime