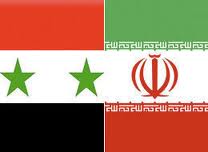 Regime change in Tehran would make him “significantly more optimistic” about the region’s prospects, the former prime minister told The Times.

Ahead of the 10th anniversary of 9/11, Mr Blair told the Daily Mirror defeating radical Islamic terrorism would take “a generation of effort”.

Mr Blair, who was PM when the attack took place and is the current Middle East envoy for “the Quartet” which is made up of the United Nations, the European , Russia and the United States, said the number of radical Muslims had been underestimated.

‘Not capable of reform’

Ten years on from the attacks of the World Trade Center, Mr Blair said the Iranians “continue to support groups that are engaged with terrorism and the forces of reaction.

“In Iraq one of the main problems has been the continued intervention of Iran – and likewise in Afghanistan.”

He added: “Regime change in Tehran would immediately make me significantly more optimistic about the whole of the region.”

The former premier also urged the international community to increase pressure on the Syrian regime of Bashar al Assad.

The Syrian president had shown he was “not capable of reform”, Mr Blair added.

“His position is untenable. There is no process of change that leaves him intact.”

In the Daily Mirror, Mr Blair said that if he had known that the UK would still be fighting in Afghanistan after a decade, he would have been “profoundly alarmed”.

But he said what has happened has not made him “any less committed to the fight we began” after the 9/11 attack.

Mr Blair added that the “extremist ideology” which spurred the 9/11 attacks on the US still existed.

“While the number of extremists is small, we underestimated the numbers who share the narrative of radical Islamism and who believe they are in fundamental conflict with us who do not share it,” he said.

“The majority, as the Arab Spring shows, want what we want. But the minority are well organised and very determined and they are not confined to the ranks of suicide bombers.

“It will take a generation of effort at many levels – including, importantly, to support open-minded and tolerant people of all religions to change hearts and minds and make the fanatics irrelevant.”