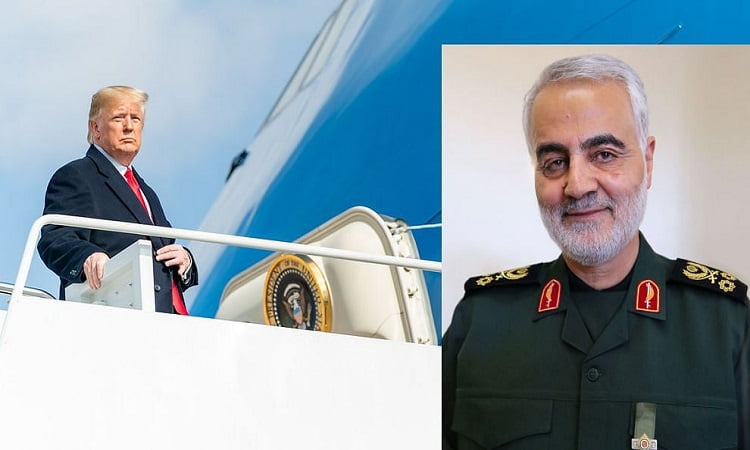 Pentagon, Iran Revolutionary Guards confirmed the attack, in which Mahdi al-Muhandis, the deputy commander of the Iran-backed militias, was also killed

The United States carried out a strike that killed Iranian Major-General Qassem Soleimani, head of the elite Quds Force, the Pentagon said Friday.

“Soleimani was actively developing plans to attack U.S. diplomats and service members in Iraq and throughout the region. General Soleimani and his Quds Force were responsible for the deaths of hundreds of U.S. and coalition service members and the wounding of thousands more,” the statement read.

“The brutality and stupidity of American terrorist forces in assassinating Commander Soleimani … will undoubtedly make the tree of resistance in the region and the world more prosperous,” Zarif said in a statement.

Zarif also took to twitter earlier and said the assassination was “an extremely dangerous and foolish escalation. The U.S. bears responsibility for all consequences of its rogue adventurism.”

Iran’s top security body will meet on Friday to discuss the “criminal” attack that killed Soleimani, its spokesman was quoted as saying by the semi-official Fars news agency.