Trump Delivers a Victory to Iran 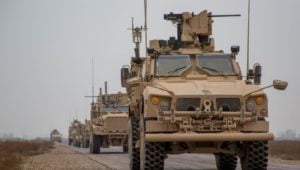 Trump Delivers a Victory to Iran

During the presidential campaign, the outlier in Donald Trump’s foreign-policy orations was his treatment of Iran. On Europe, the North Atlantic Treaty Organization, Russia (remember President Barack Obama’s “off-mic” tête-à-tête with President Dmitry Medvedev?), and the wars in Iraq and Afghanistan, Trump largely followed his predecessor. Differences existed, certainly in style and manner, but the overlap between the two men on most of the big foreign-policy questions was profound.

When it came to the clerical regime in Iran, however, the two men were polar opposites. Trump thought the nuclear agreement with Iran, the Joint Comprehensive Plan of Action, was “the worst deal ever.” He also let loose against Tehran’s Islamic radicalism, terrorism, quest for regional hegemony, and fondness for sowing mayhem in the Middle East. Trump’s serrated rhetoric stood in contrast to the comments of Obama, his secretary of state, and other senior officials, who had muted their criticisms of Tehran in their pursuit of the atomic accord and, as important, a new strategic realignment, wherein a less interventionist America might, so the theory went, find a modus vivendi with a richer, commercially engaged, and moderating Islamic Republic.

As president, Trump followed through. The nuclear deal went down, the sanctions came back, and despite moments of wobbliness concerning troop deployments in Syria, Iraq, and Afghanistan, the Trump administration held fast in the Middle East. National-Security Advisers H. R. McMaster and John Bolton, United Nations ambassador Nikki Haley, and, perhaps most of all, Secretary of State Mike Pompeo laid out a new approach to the Islamic Republic. The Trump administration wasn’t inclined to roll back the clerical regime, but it did seem ready to contest and contain Iran’s Shiite imperialism in Syria, Yemen, and even in Iraq, in which the president had never evinced much interest.

What would a US/Iran conflict look like? A U.S. withdrawal from Syria empowers the IRGC and regime’s economic influence in the region

On 3rd of January a news spread in social media regarding Qasem Soleimani and AbuMahdi Mohandes who has died by a US drone strike near Baghdad Airport and this was the end of their lives. In social media, especially Iranian users, there was a chaotic situation, some called of “the general of... END_OF_DOCUMENT_TOKEN_TO_BE_REPLACED