U.S. can win U.N. over Iran with evidence of terror plot against Saudi envoy 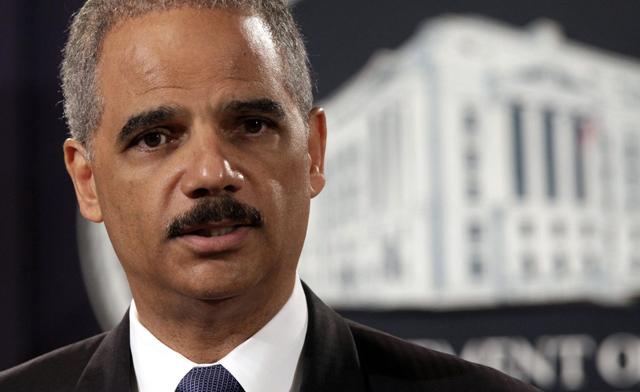 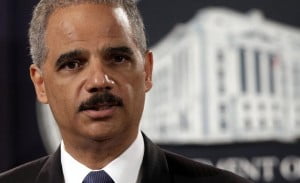 If the United States has evidence and plays its cards right, history shows that it can win the powerful U.N. Security Council to its side in the case of Iran’s alleged plot to assassinate a Saudi ambassador.

The United States has accused Iran’s Islamic Revolutionary Guard Corps elite Quds Force of orchestrating a plot to assassinate Saudi Arabia’s envoy to Washington and suggested it could push for council action against Iran.

Iran denies the U.S. allegations, which Tehran’s U.N. Ambassador Mohammad Khazaee said in a letter to U.N. Secretary-General Ban Ki-moon and the Security Council was U.S. “warmongering” and an “evil plot” against Tehran.

U.S. Ambassador Susan Rice forwarded details of the case against Iran to Ban, telling him that Tehran’s actions were “a serious threat to international peace and security.” She said Washington was speaking with council members about the case and asked Ban to forward the case details to the General Assembly.

The U.S. delegation has not made up its mind whether to approach the council with the Iranian case. But diplomats say that Washington is considering it.

“They haven’t settled on a game plan yet,” a council ambassador told Reuters. “They’re considering all options. More sanctions, a resolution, a condemnation, it’s all possible.”

If the United States follows the example of previous U.S. administrations and presents its case at a public meeting of the 15-nation Security Council, it might be able to galvanize public support against doubters and critics who have suggested that the new charges against Iran border on the preposterous.

That was the case during the 1962 Cuban missile crisis, when U.S. Ambassador to the United Nations Adlai Stevenson unveiled during a televised council meeting photos taken by U-2 spy planes of Soviet missiles and launch pads on Cuba and confronted Soviet Ambassador Valerian Zorin with the charges.

“Do you, Ambassador Zorin, deny that the U.S.S.R. has placed and is placing medium- and intermediate-range missiles and sites in Cuba? Yes or no?”

The Soviet envoy refused to give a definite answer, telling Stevenson: “I am not in an American courtroom.”

“You are in the courtroom of world opinion right now, and you can answer yes or no,” Stevenson responded. He never got a clear answer from Zorin, and the Soviet veto power made it impossible to get any formal Security Council action against the Soviets.

But Washington did win in the “courtroom of world opinion.” On that same day, Oct. 23, 1962, the Organization of American States unanimously backed the U.S. plan to impose a naval blockade around Cuba to stop further missile shipments.

In 1983, U.S. Ambassador Jeane Kirkpatrick played an audio recording of a Soviet interceptor pilot involved in the shooting down of Korean Airlines flight 007 over the Sea of Japan, which killed all 269 passengers and crew. Afterwards, it was impossible for the Soviets to deny their involvement.

But recent history also shows that if the evidence is weak, skeptics on the Security Council – the only U.N. body with the power to impose sanctions or authorize military force – will prevail and Washington will be unable to bring it around.

That was the case with U.S. Secretary of State Colin Powell’s Feb. 2003 speech to the Security Council in which he presented U.S. intelligence on Iraqi leader Saddam Hussein’s alleged nuclear, biological and chemical weapons programs.

Perhaps attempting to follow in Stevenson’s and Kirkpatrick’s footsteps, Powell’s speech had visual aids – images, audio recordings, even a small vial of white powder that was intended to look like enough deadly anthrax to kill off the entire U.S. Senate.

That speech, based on evidence that is now known to have been erroneous, did nothing to sway the skeptical French, Russians and Germans, who eventually forced the frustrated United States and Britain to abandon their efforts to secure a U.N. green light for their March 2003 invasion of Iraq.

David Bosco, a professor at American University in Washington, said using the council can be good “public theater” but may not convince doubting council members.

“Dramatic public presentations are usually more effective at swaying domestic public opinion than other states,” he said. “Powell’s speech didn’t change the dynamic on the council in terms of support for the war, but it was a major hit at home.”

U.N. diplomats said that Washington was already doing the preliminary work to persuade council members of the strength of a case that a number of analysts have raised questions about. Many analysts say they find it hard to believe that the Quds force would behave as stupidly as the case documents suggest.

Envoys said a team of experts from the Central Intelligence Agency, Federal Bureau of Investigation, Drug Enforcement Administration and State and Justice Departments joined Rice and her Saudi counterpart on Wednesday to brief council members on the details of the plot.

The allegations against Iran made a strong impression on some diplomats but clearly did not sway all of them.

French Ambassador Gerard Araud described the allegations as “credible and very convincing,” adding that France would be “very supportive” of any U.S. initiative at the council.

Russian Ambassador Vitaly Churkin said Moscow would “look at it very, very seriously.” Chinese envoy Li Baodong said only that he had “sent it back to Beijing.”

Council diplomats said that Washington had dispatched teams of CIA, FBI and DEA experts to Moscow and Beijing, which are among the council’s most skeptical members and hold a veto.

Brazil’s U.N. Ambassador Maria Luiza Ribeiro Viotti appeared less than convinced, however, suggesting to reporters the U.S. judicial process should be allowed to play out first.

Council envoys say the other two members of the five-nation “BRICS” club of powerful emerging market nations – India and South Africa – might also be hard sells for Washington. The BRICS – Brazil, Russia, India, China and the South Africa – have resisted Western efforts on Syria and other issues.