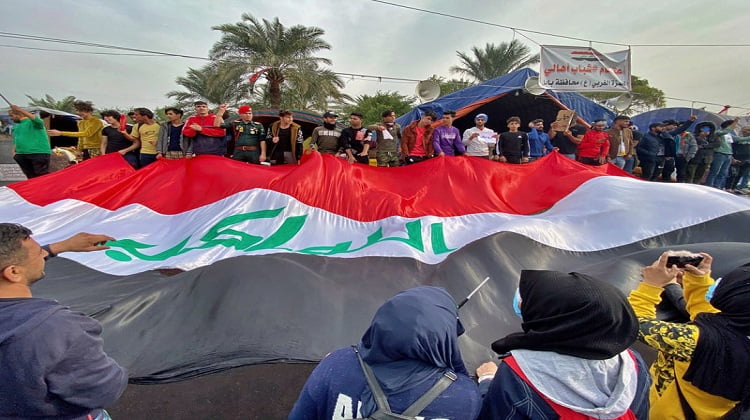 Rockets struck Baghdad’s international airport compound Thursday, as the country tries to contain anti-government protests which have shaken the foundation of the Iraqi government. The attack appears to be the latest in what a senior U.S. military official described as a dangerously escalating campaign by Iran-backed militias.

The protests, which have swept cities from Baghdad to Basra over the last two-and-a-half months, have laid bare the Iraqi government’s limited ability to control Iran-backed paramilitary forces that are now part of the country’s official security forces. And they have raised fears that tensions among the largest of roughly 30 different Iran-backed groups will divert attention from fighting a resurgent ISIS.

More than 450 protesters have been killed since the anti-government protests began Oct. 1 — many of the deaths blamed on Iran-backed militia forces. Demonstrators have demanded an end to what they consider an Iranian stranglehold on Iraq’s security, politics and economy — posing the biggest threat to Iranian influence in Iraq since 2003. Although the demonstrations have been largely peaceful, in the holy cities of Najaf and Karbala, protesters set fire to the Iranian consulates, along with a shrine tied to an Iran-backed political figure.

Demonstrators have also demanded a new Iraqi government. Iraq’s prime minister recently resigned in response to the protests and the Iraqi parliament is under pressure to pass reforms to limit the influence of traditional political parties.

The rockets fired at the airport Thursday caused no casualties or serious damage, but they followed a string of attacks over the past five weeks that U.S. officials say have escalated both in frequency and potential lethality. On Monday, rockets fired near a State Department-run diplomatic security compound in the airport compound wounded at least five Iraqi counterterrorism forces, one of them seriously.